Samaritan's Purse brought vital relief supplies and aid to Mozambique in the wake of the devastation of tropical Cyclones Idai and Kenneth.

Cyclone Idai destroyed entire towns and villages in Mozambique. Samaritan’s Purse quickly responded and has now set up an Emergency Field Hospital. We are also providing emergency shelter, blankets, solar lights, and clean water, giving the people there “the will to live again,” as one man said.

Cyclone Kenneth slammed into northern Mozambique with
170 mph winds on April 25, just six weeks after Cyclone Idai devastated the densely populated city of Beira. It was one of the strongest storms ever to hit Africa, and marked the first time in recorded history that two cyclones made landfall in southern Africa within the same cyclone season. 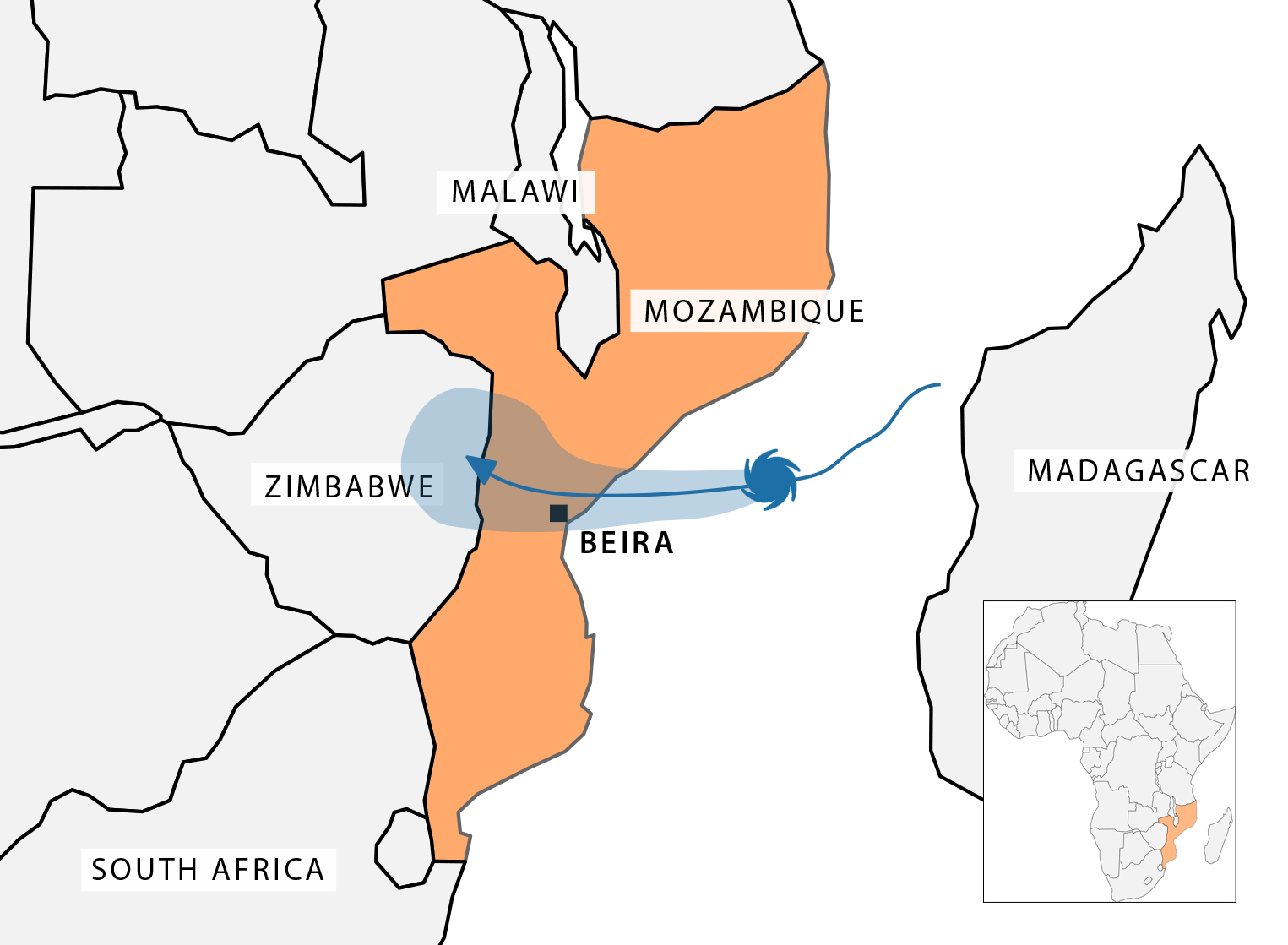 Samaritan’s Purse DC-8 aircraft has made four round trips to Mozambique carrying a total of over 90 tonnes of supplies to serve victims of both Cyclone Idai and Cyclone Kenneth. This included shelter materials, blankets, solar lights, water filters, mosquito nets, medical gear, a clean water system, and an Emergency Field Hospital. Our Kenya-based DC-3 aircraft also participated in the response and has moved more than 40 tonnes of emergency supplies to difficult-to-access areas. Our mission aviation teams are dedicated to bringing critically-needed assistance to people who need it most.

Our emergency field hospital opened on 4 April, and provided medical care for more than 5,700 sick and injured people, and our small surgical team have even performed several C-sections, helping mothers have safe deliveries in a disaster zone.

Working primarily through local churches, our staff have helped distribute more than 16,000 tarps to families who had no shelter from the elements. Our Water, Sanitation, and Hygiene (WASH) teams have rehabilitated more than 250 wells contaminated by floodwaters—providing access to clean water again while mitigating the spread of cholera. We prepared 5,000 hygiene kits to distribute to people in need and partnered with World Food Programme to provide 7,500 families with food.

The Will To Live Again

Cyclone Idai destroyed entire towns and villages in Mozambique. Samaritan’s Purse quickly responded and has now set up an Emergency Field Hospital. We are also providing emergency shelter, blankets, solar lights, and clean water, giving the people there “the will to live again,” as one man said.

Mozambique’s port city of Beira, which serves other parts of the continent, was almost completely destroyed. Flooding cut off major roadways, restricting access and slowing recovery efforts. The Beira-Chimio corridor, the major trucking and supply route for neighbouring landlocked countries, experienced extensive flooding in which road access, electricity and communications have been cut off. 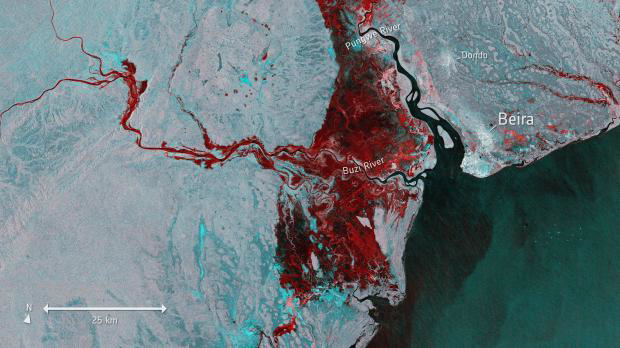 Satellite image from European Space Agency of flooding in Mozambique.

Extensive damage to schools and health facilities was reported. Continual rain in Mozambique forced multiple dams in the region to be opened to release high waters, causing additional flooding and distress in the low-lying river basin areas. In a desperate situation of humanitarian need, the government of Mozambique officially requested international assistance. Samaritan’s Purse were able to respond quickly, with an initial disaster response team arriving in Mozambique on Saturday 23 March. 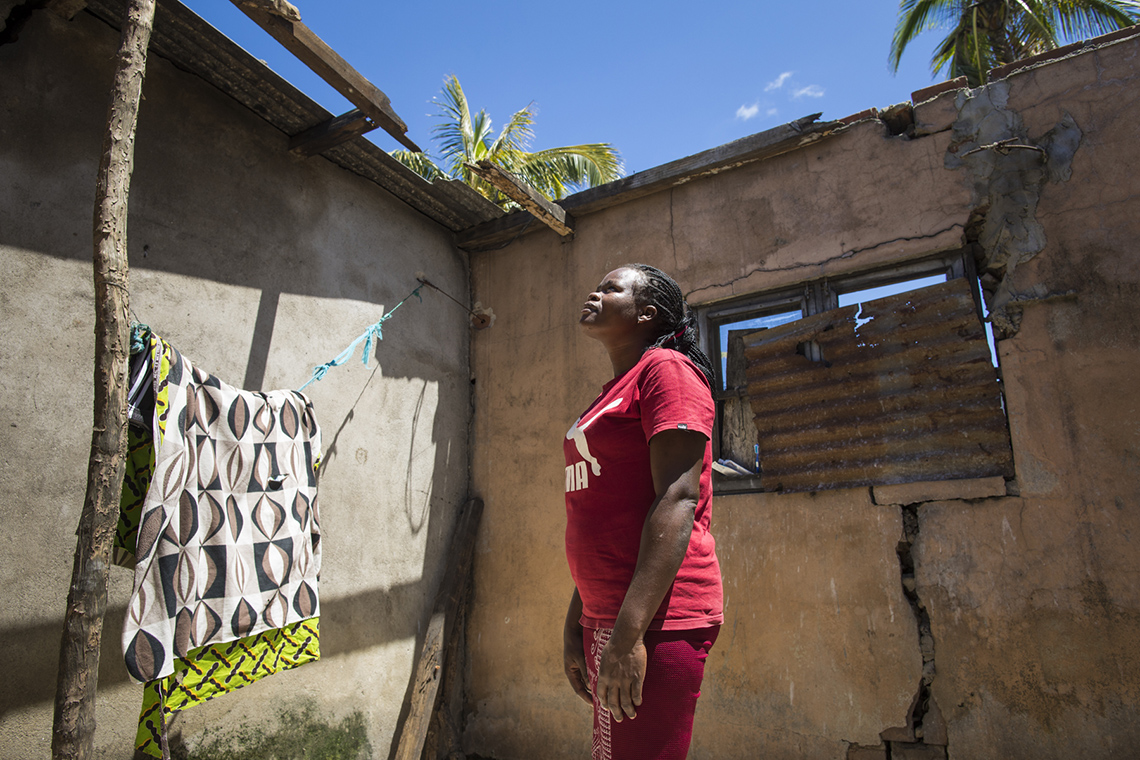 Lydia looks up to where her roof used to be, but is thankful to God for helping her start again.

Lydia, her husband, and their two children aged 7 and 23 months lost their roof to Cyclone Idai. They were among the first families to receive heavy-duty shelter plastic from Samaritan’s Purse.

“We trust God. We will start again,” Lydia said. “All things are broken, but we will start fixing them.”

Maria, a mother of four, also received a tarp from our international disaster relief team after losing her roof to the storm. She had heard about the cyclone on the radio but had not expected such destruction. As she rode out the storm with her family, and their home crumbled around them, she was terrified.

The cyclone took everything – she had no food, no shelter, and no way to start over. Maria’s new tarp is her only supply, but she is still thanking God for it. “I am so thankful for Samaritan’s Purse coming here to help,” she said. “We pray the Lord will help you with all that you are doing from Mozambique and Beira.”

Pastor Daniel said that Mozambique is still recovering from the brutal civil war, and now “the cyclone is like a second war, it took everything again. The are starting from zero.” 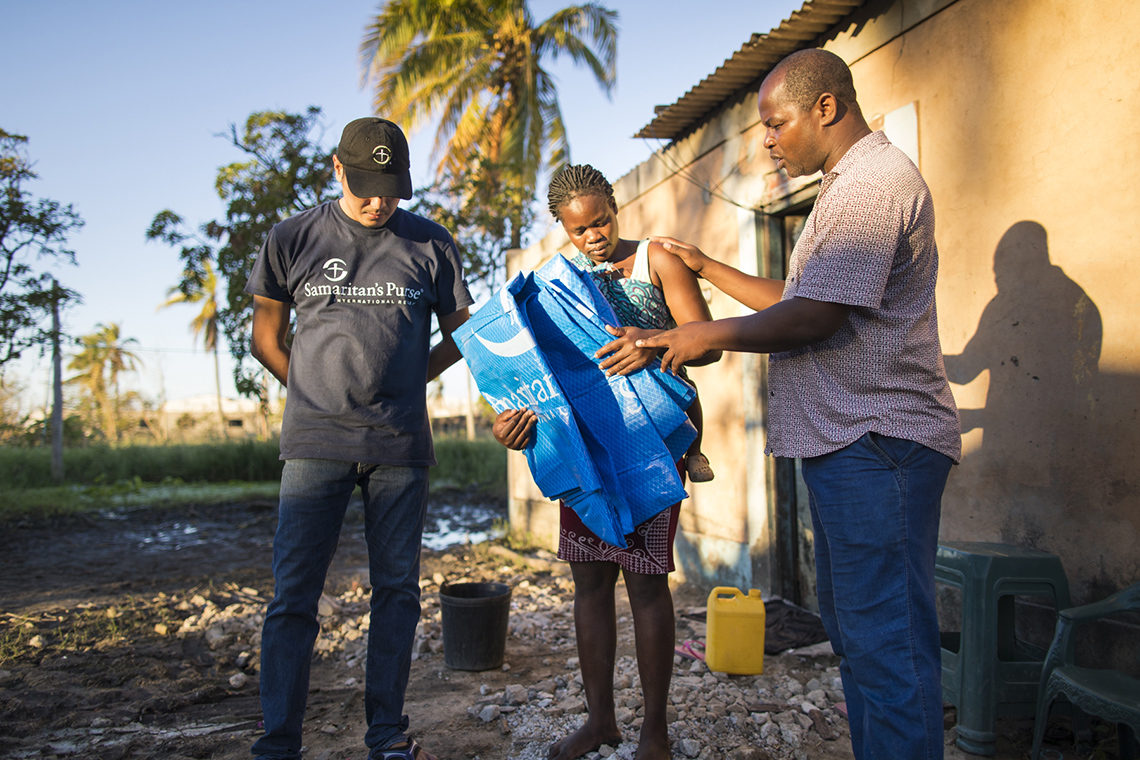 Please pray for the people of Mozambique as they recover from this tragedy and for Samaritan’s Purse teams as we serve them in Jesus’ Name.

“Roads are washed out, communication is cut off and hundreds of thousands of people are suffering. Please pray for Mozambique as we bring critical relief supplies and the hope of the Gospel to this hurting nation.” – Franklin Graham, President of Samaritan’s Purse 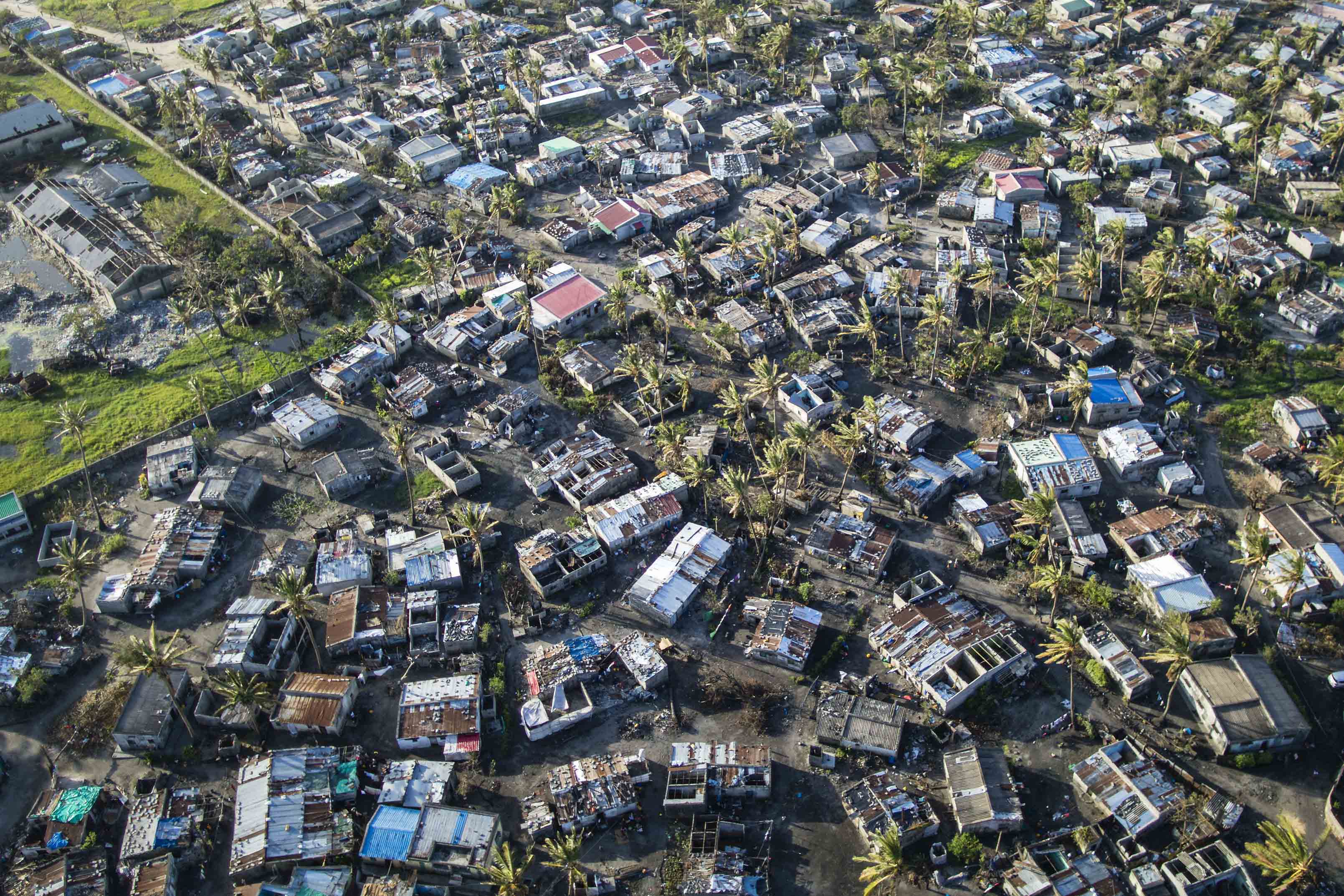 The devastation from Cyclone Idai pictured above.