YOU HAVE (0) ITEM(S) IN YOUR CART. CHECKOUT NOW
Clean Water Healthy Lives

Water Restored for Farming in Nineveh

Samaritan’s Purse is repairing an irrigation system in Iraq that was damaged during the conflict with ISIS, so that farmers can again supply produce to markets and provide for their families.

Things are looking green again in the Namrud area of Nineveh, Iraq. Situated between the Tigris and Great Al Zab Rivers and the urban centres of Mosul and Erbil, this triangle of more than 6,000 acres of farms contains some of the nation’s most fertile land. Thanks to work spearheaded by Samaritan’s Purse and the World Food Programme, irrigation has been recently restored to the area. 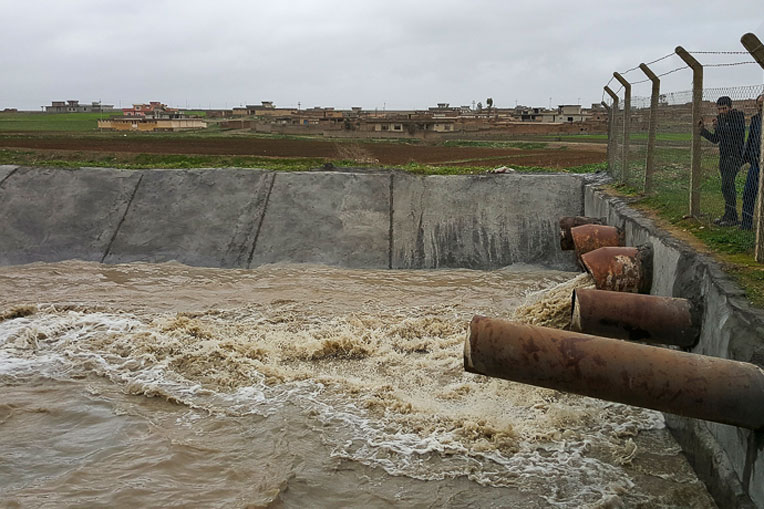 Water is flowing in the Al Zab irrigation system again after years without functioning.

Farmers in this area rely on the Al Zab irrigation scheme to channel water from the river to their crops of wheat, barley, vegetables, and sunflowers. But following the conflict with ISIS in 2014, the irrigation system was damaged as the pumps were looted for weapon parts and the canals, then filled with dirt and debris.

Families went without sufficient water for their crops for years. As the fields turned brown due to Iraq’s sporadic rainfall, thousands of people left this area, which is named after the biblical Noah’s great-grandson Nimrod (Genesis 10).

Back in March 2018, Samaritan’s Purse started working with the World Food Programme to reestablish livelihoods for the Sunna, Shia, and Turkmen farmers of Namrud. We began by sponsoring a “cash for work” programme that employed over 1,000 people for a month to remove debris from the canals.

Residents were so eager for employment that some who had been displaced from Namrud decided to commute from Mosul, about 20 miles away, to work for the month. In addition, Samaritan’s Purse hired local contractors to repair the cement in the more than 40 miles of canals, professionally removing unexploded ordnance that had been left behind in the process. 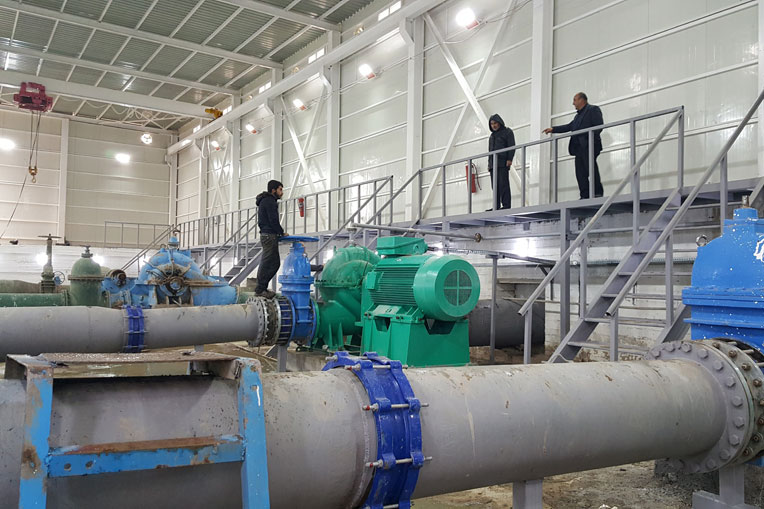 A second aspect of the programme involved repairing the pump station. Due to looting during the conflict, all that was left of the station was a hole in the ground with remnants of the six large pumps that each used to deliver a cubic meter of water per second through the canals.

The structure that had housed them had also been dismantled for the metal it contained. Samaritan’s Purse built a new pump house and repaired three of the six pumps, bringing functionality back to the irrigation scheme.

The project also assisted 75 households in Namrud by providing cash grants for farming equipment and seeds. Some of these funds were used for fertiliser since the same crops are traditionally grown year after year, depleting the soil of essential nutrients.

From Cruelty to Hope

One farmer named Omar* said the Al Zab project made a “big change” in the life of his family of nine. Under ISIS, he said, “Life was so cruel.”

As he tried to regain his footing after they left, he said, “I did not have anything and I was indebted, but after receiving the cash grant I bought seeds and started planting wheat and barley. The season was good for planting and the harvest was abundant.”

“The harvest was abundant.”

He feels the project was not only good for him but for Namrud as a whole: “After the project started running, large areas and lands could be irrigated from the canals. The farmers began growing summer crops such as tomatoes, potatoes, and peppers.” The produce is helping to bring income and stability back to the region.

Meeting the Needs of Families

In addition to the agricultural elements of the project, Samaritan’s Purse and the World Food Programme also offered community nutrition programming for eight villages in the area. Through mother-to-mother support groups, women learned to practice exclusive breastfeeding instead of the traditional approaches of giving infants sugar water or yogurt in their early months. Cooking and feeding demonstrations also taught them to vary the flavor, texture, and temperature of foods for growing children, based on their age. 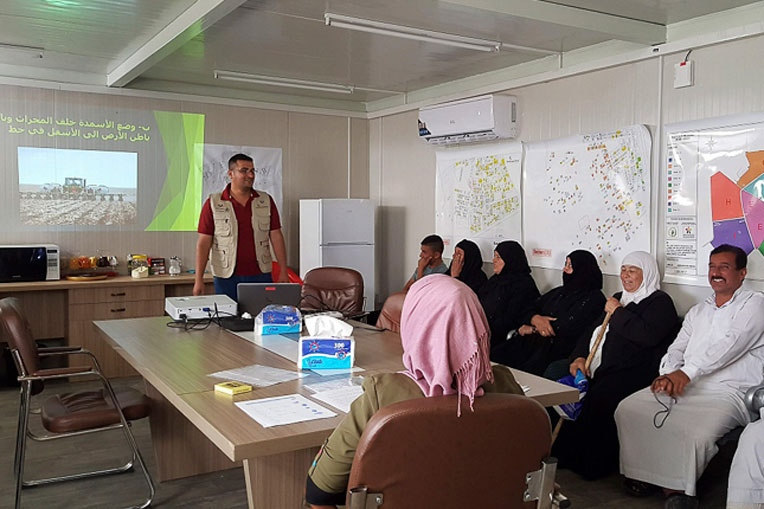 Ariana Schmidt, one of the Samaritan’s Purse project managers who worked on the irrigation system, was especially pleased that it met the felt needs of the people in Namrud. “Again and again in our initial meetings with community members, people cited the Al Zab irrigation scheme as the key to restoring their community,” she said. “Seeing the water running again represented more to them than just restored livelihoods but also restored hope for the future.”

Even though many had lost family members during the conflict with ISIS, the repaired irrigation scheme has given them hope that they can rebuild despite what they suffered.

Samaritan’s Purse and World Food Programme are partnering together in a second phase of the Al Zab project that will reach additional villages in Hamdaniya and Sinjar district. This work will help 400 additional farmers in these areas.

Will you help those who are in constant danger of waterborne diseases?

£7 a month will provide one family with a Bio Sand Water Filter at home, and training in Hygiene and sanitation.

£20 a month will provide a new child each month with safe water through a BSF or well, plus training in hygiene and sanitation.

£50 a month will contribute towards the construction of a toilet, protected spring well or freshwater well.

"I WAS THIRSTY AND YOU GAVE ME SOMETHING TO DRINK"