YOU HAVE (0) ITEM(S) IN YOUR CART. CHECKOUT NOW
Clean Water Healthy Lives

Thank You Stories From Karamoja 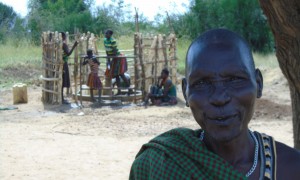 In 2015, you raised nearly £500,000 to bring clean water to communities in Karamoja, North East Uganda, and this money was match-funded by the Government Department for International Development (DFID), bringing the total raised to an astounding £953,412! This means Samaritan’s Purse can now provide the basic right of clean water to 48,000 people by installing and repairing 120 wells. That’s 70 more wells than we’d planned, and that means more than twice as many people will now receive clean water!

Since the fundraising campaign ended, Samaritan’s Purse teams have been hard at work meeting with the communities who desperately need access to clean water near their homes. By the end of January 2016, they had already repaired five boreholes, with a further 25 repaired by the end of March 2016.

Nangiro Paul is 60 years old and comes from Looi village, Karamoja. Nangiro is the caretaker of the “Water User Committee” and he says, “Samaritan’s Purse has come to save the two communities of Looi and Lokaale from drinking dirty water. Before the borehole was repaired, the community used to walk long distances looking for river water, surface water or stagnant water which was dirty and time consuming. There were cases of assault and rape because of the long distance to the water sources and loneliness in the bushes. But now this is history!”

From the time they began drinking clean, safe water from the repaired borehole, Nangiro and his family have had no cases of illness – either diarrhoea or typhoid. He now has plans to grow vegetables that will be used for household consumption and income generation. Nangiro is a happy man! 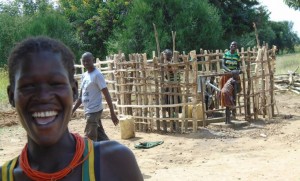 Lomuria Nadim, aged 28, also comes from Looi Village. She says, “Our husbands used to think we delay from the wells because perhaps we are having affairs with other men. Because of the heavy jerrycans on the heads and the long distances that we would travel, we used to suffer a lot of back pain and headaches. But now all this has gone away because the water is very near our homes, no more quarrels with the men and no more fear of rape from strangers. We used to suffer from diarrhoea, typhoid and other diseases related to drinking dirty water but for sure now these are limited. God bless Samaritan’s Purse and all of you the donors!”

"I WAS THIRSTY AND YOU GAVE ME SOMETHING TO DRINK"