Being born with a cleft lip in South Sudan usually means a lifetime of shame. Many people in the country believe that the facial deformity is the result of a curse and treat those with a cleft lip as outcasts.

Samaritans Purse began a cleft lip and palate surgical project in 2011 to send volunteer teams of doctors and nurses to provide life-changing operations for women, men, and children. Although a cleft lip can be repaired through a surgical procedure that often takes less than two hours, people in rural South Sudanese villages lack access to the medical care needed to make this possible. We do the surgeries at no cost to the patients and even transport them to the capital from remote locations across South Sudan by our Mission Aviation Services-East Africa team. 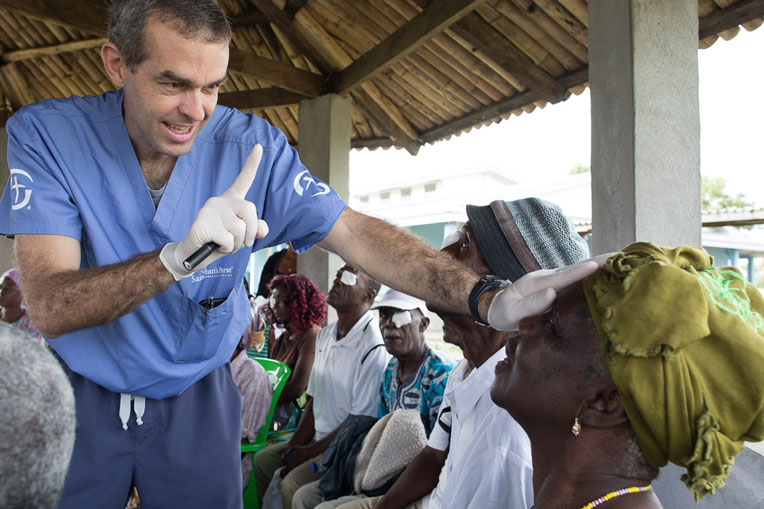 Samaritan’s Purse has continued to return to South Sudan to perform these procedures, and since 2011, our teams have done 621 operations in the country.

Our cleft lip project has since expanded to include Bolivia, Liberia, Myanmar, and Guatemala.

We have also added a cataract surgical program to help restore sight to people who are struggling to do the most basic tasks because of poor vision. A cataract can eventually cause complete blindness if not treated, leaving people unable to work and to care for themselves.

The cataract project launched in Liberia in 2017 to provide surgery for Ebola survivors. Our teams have also performed cataracts surgeries in Mexico and South Sudan.

Many of our mission hospitals lack the specialised medical personnel and resources to perform complex surgical procedures that are considered routine in developed nations.

Last year, we sent a team specialising in orthopaedic surgery to Burundi, a nation that has only 300 doctors for 11 million citizens. The team performed surgery for 28 patients during their week in country.

We praise God for the opportunities He has provided for Samaritan’s Purse to bring physical relief to hurting people, to demonstrate His love, and to share the hope of the Gospel. 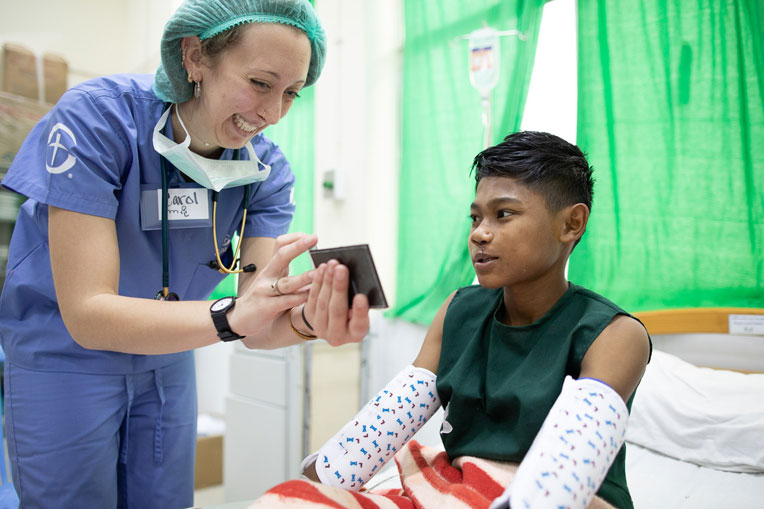 A patient in Myanmar smiles at the results of his cleft lip surgery.