As David Abbi began to teach his Bible literacy lesson, he knew the two dozen adult students would identify with Abram’s journey from his home country in Haran to the land of Canaan. For them, it wasn’t just a story from the pages of Genesis. They had lived a similar journey—departing a home they had known and loved and setting out into a world of the unknown, fraught with difficulties, danger, and suffering.

“God told Abram to take his family and move to a new location,” David told the group—eager to learn how to read the Bible. “We use this story because you know about moving, from Nuba to Yida.” 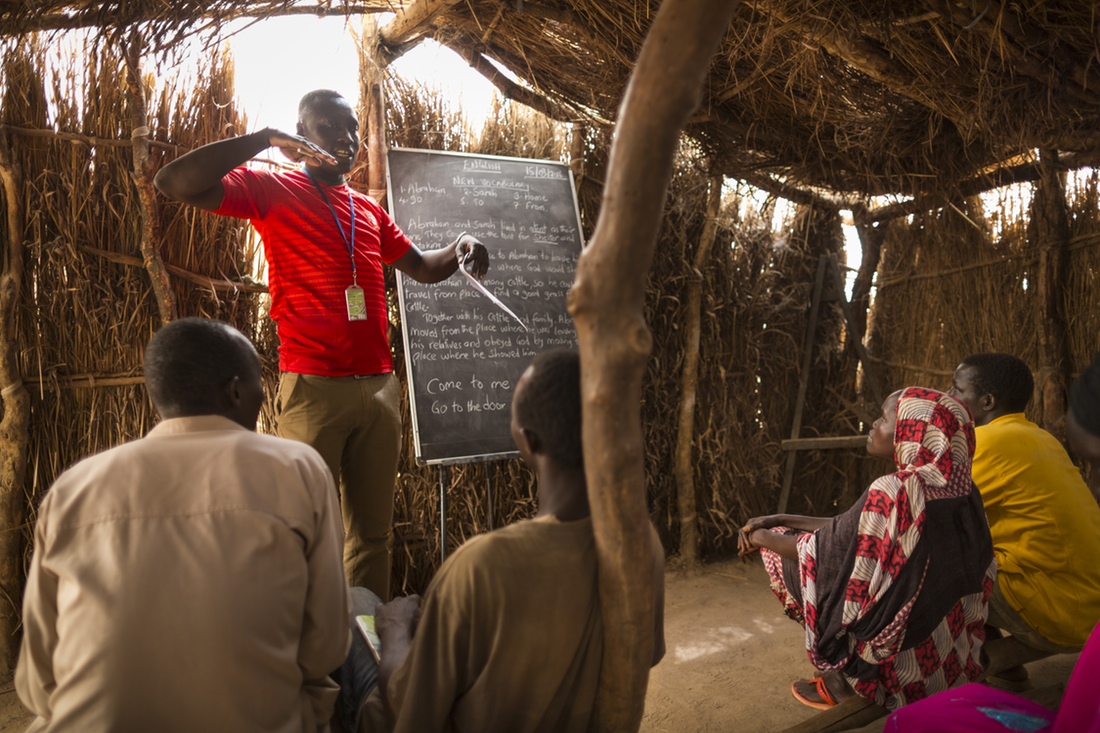 The Sudanese people have known the pain of war much of their lives. More than 70,000 refugees live at Yida Refugee Camp in South Sudan. They fled the Nuba Mountains to escape fierce shelling and fighting that erupted in 2011, the same year South Sudan gained its independence and became the newest country in the world. 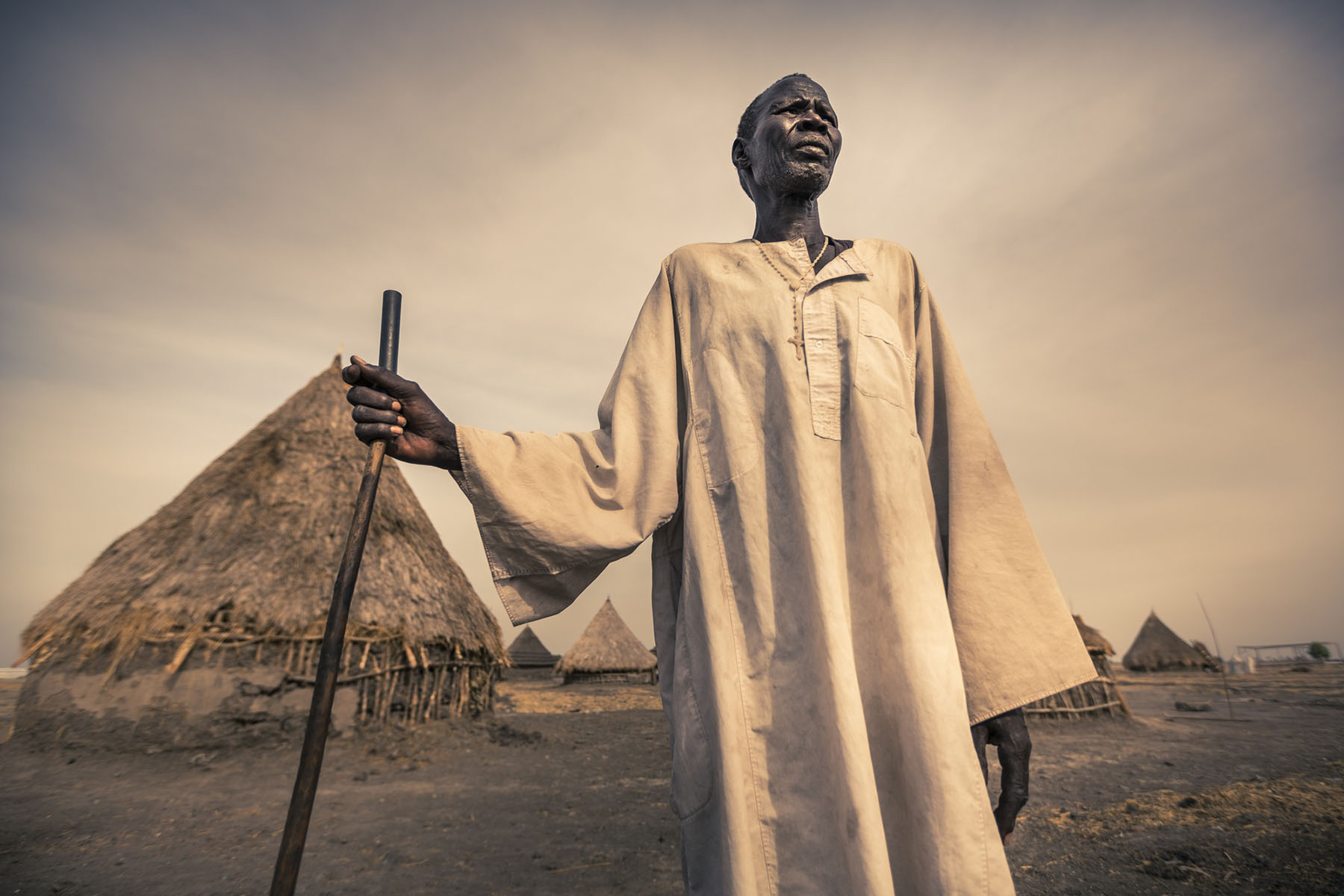 Though it’s been five years, David’s memories of those tense days and treacherous journey are still fresh in his mind. He was then the headmaster of a school, and he was tasked with the arduous and hazardous job of shepherding the 1,285 primary students to safety at Yida.

“We fled from different locations, and it took two weeks to come here,” explained David, who was 29 years old at the time. “Taking vehicles was too dangerous because jet fighters were bombing the cars. So we had to walk, and oftentimes we hid along the road to avoid being seen openly. It was very scary.”

But God proved faithful. Another Bible lesson David easily identifies with is the exodus from Egypt to the Promised Land.

“Yeah, you could say I helped lead an exodus with my students,” he said, shaking his head in amazement. “God was so good.” 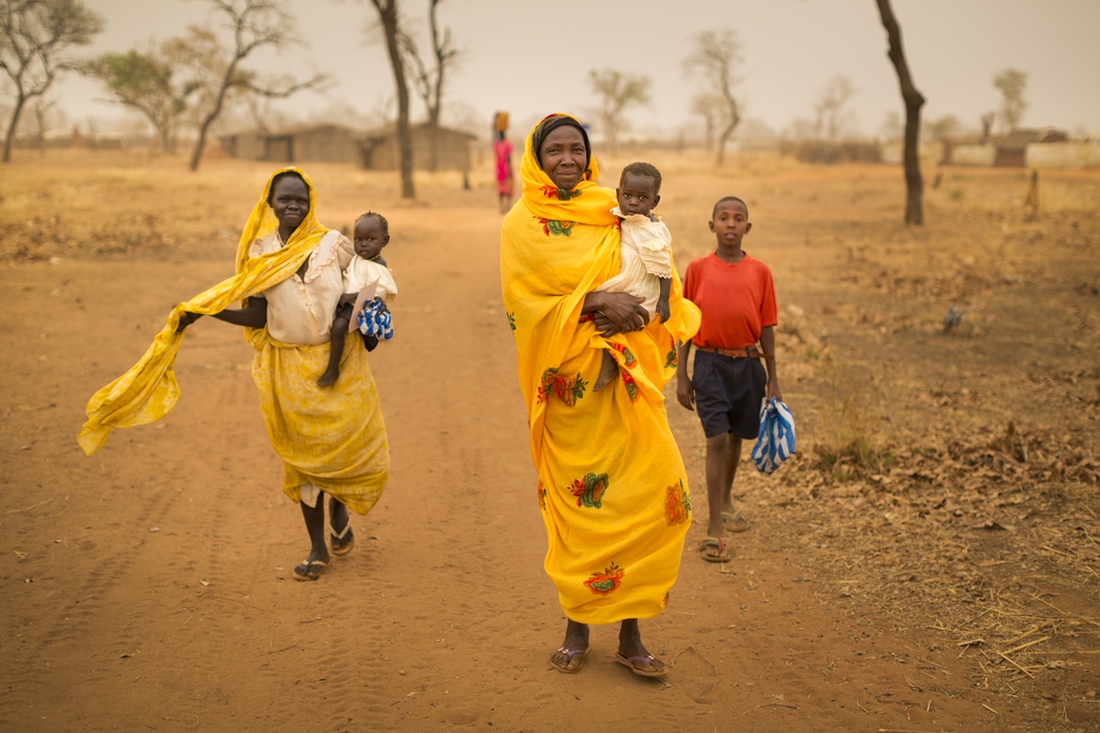 David started all over at a school set up at the Yida camp. The student population grew to 3,000.

Then God led David to join Samaritan’s Purse in 2012. He’s been serving as a Bible literacy teacher at one of the five literacy centers at the camp. They’re using the Bible to teach English. Hundreds have gone through the program so far.

“People are interested in learning to read English because it’s an international language,” David said. “But they’re not just learning English. They’re reading the Bible, and God is using His Word to work in their lives. Then the Holy Spirit brings them to faith in Jesus Christ.” 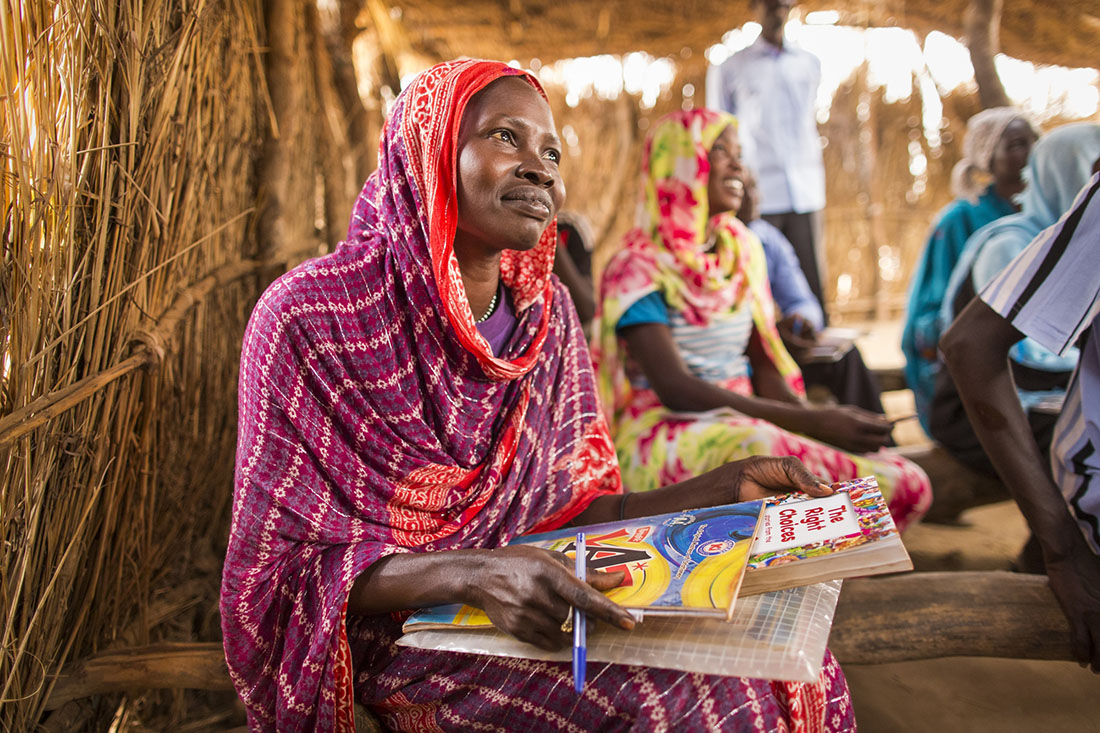 Samaritan’s Purse has been committed to ministering in Jesus’ Name to this troubled region of the world since 1997. Our work first began in Sudan and then shifted to South Sudan after its independence. When the bombing began in the Nuba Mountains, the people walked for weeks, traveling with whatever they had. Some had nothing—no water, no food.

“Samaritan’s Purse and the Nuban community have a special bond,” said Adele Billups-Bong, who is area coordinator at Yida and also the nearby Ajuong Thok Refugee Camp. “God’s leading to us was clear. Where they went, we went. Where they stopped, we stopped. Where they stay, we stay.” 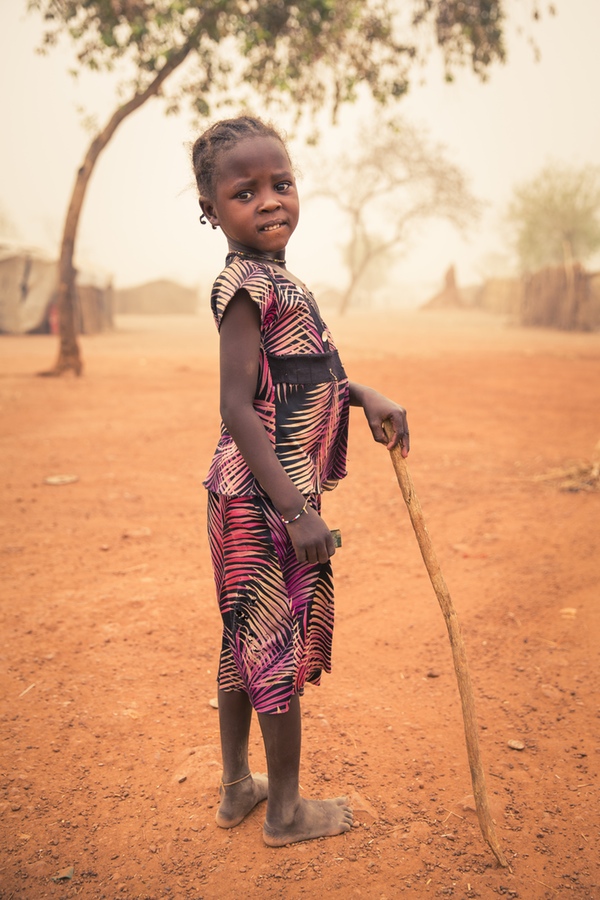 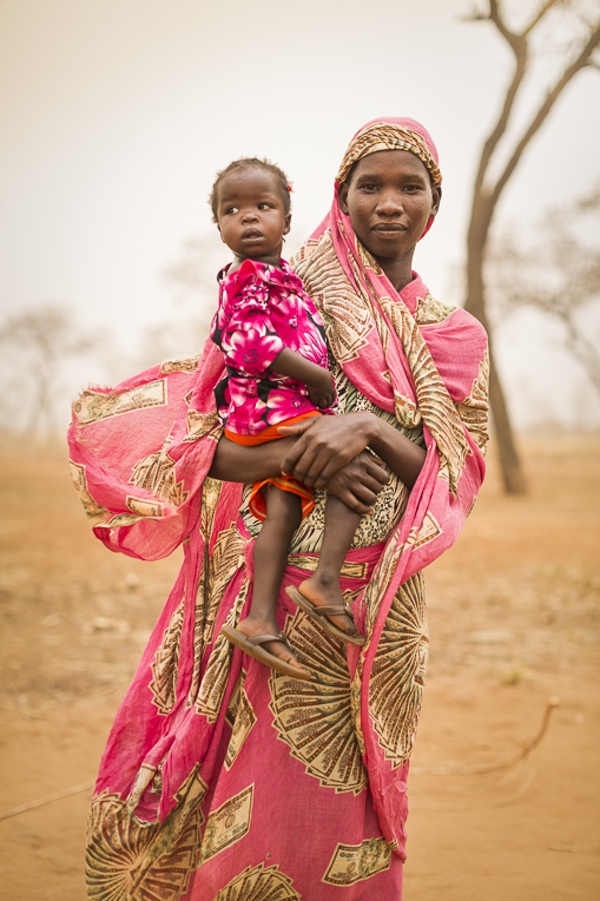 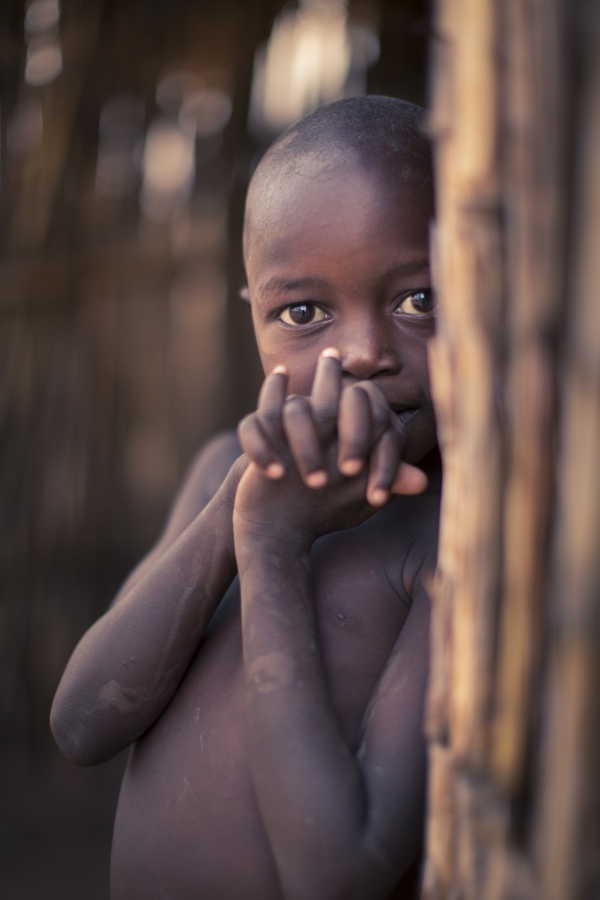 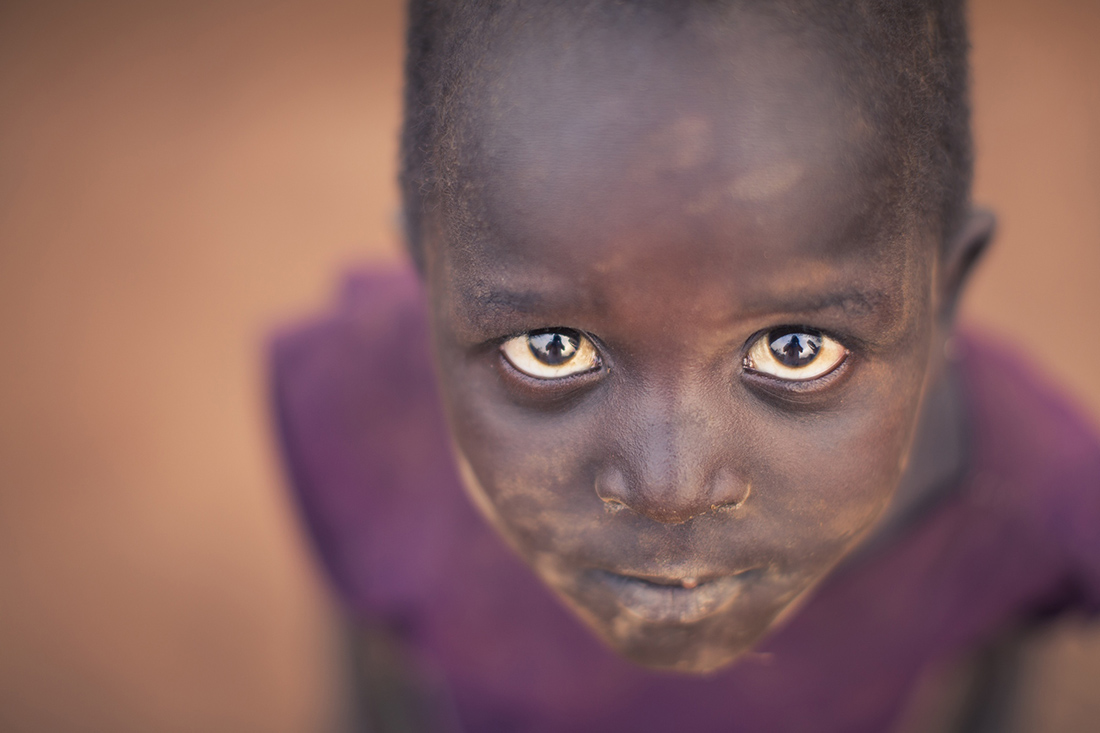 Gassim Issa Kuku Kudi—aka Mosquito—knows what it’s like to have his life turned upside down. Fortunately, he also knows that God’s grace is sufficient in all trials and circumstances.

“I came to the Yida Refugee Camp because of the war,” Mosquito said. “It was a battlefield. I lost many friends. I also lost family. But God helped me in my suffering through praying and having also faith in Him.”

Samaritan’s Purse hired Mosquito as a water technician. He rises early each day to read his Bible and then heads to work. He shuttles on a four-wheeler from borehole to borehole, ensuring that each is functioning properly and providing clean, safe drinking water. 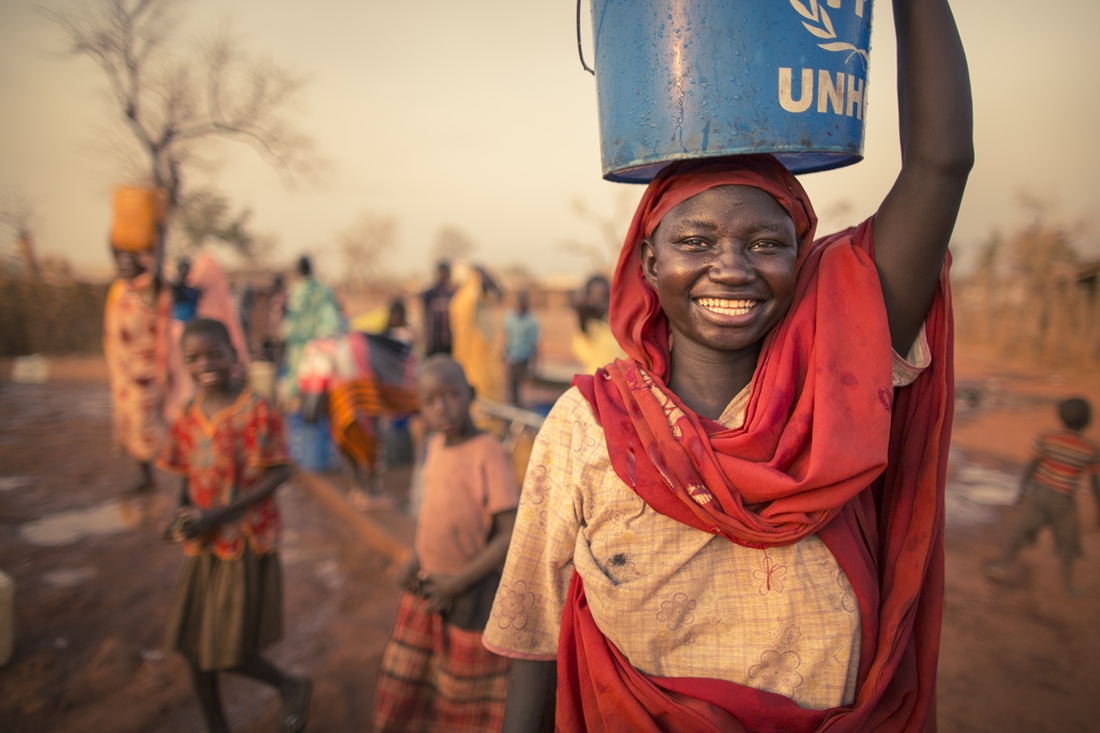 Mosquito is also known for his wrestling prowess. He received his nickname because of his thin but wiry build, as well as for his quickness.

“I move fast like a mosquito,” he said, smiling.

A distinctive characteristic of the Nuban people is their passion for athletic competition, especially wrestling. Mosquito is one of many young men who compete most Sunday evenings on a marked-out dusty camp ground. Thousands of refugees encircle the competitors, cheering loudly for their favorite wrestler. 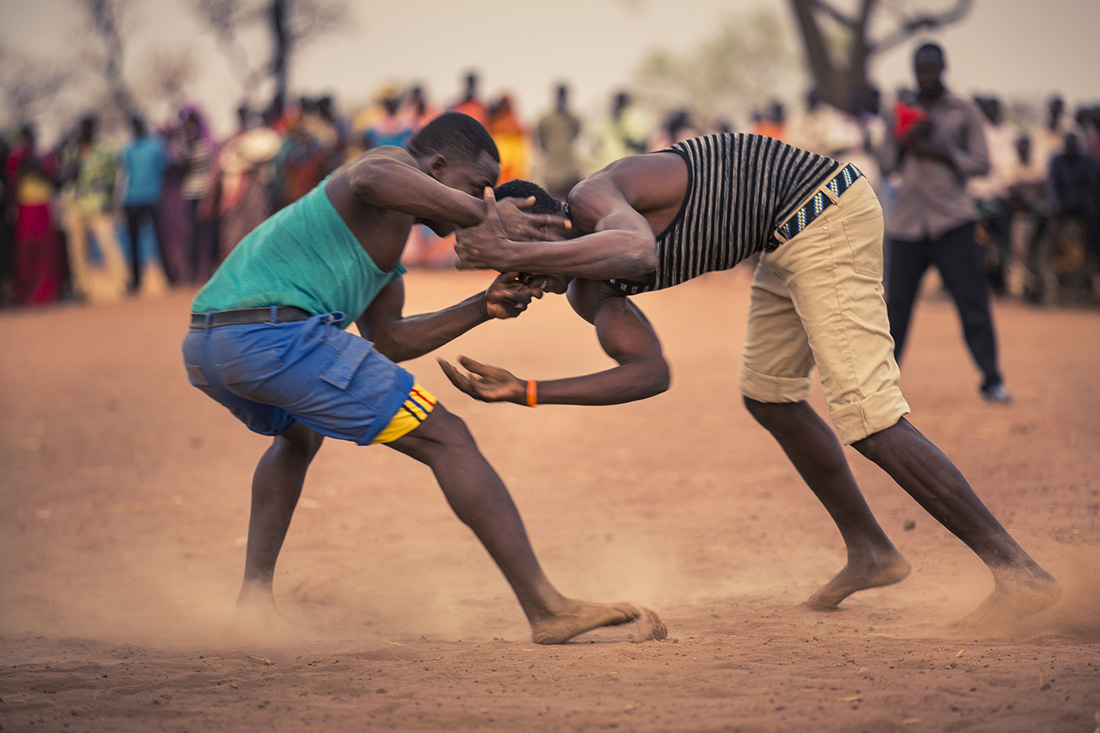 “If a Nuban gets challenged in anything, you wrestle with all your heart and all your strength,” Mosquito said. “You don’t doubt. We may have been bombed, we may be chased from our homes, but we will not be defeated.”

On a spiritual level, he’s confident in the truth of Ephesians 6:12-13: “For we do not wrestle against flesh and blood, but against principalities, against powers, against the rulers of the darkness of this age, against spiritual hosts of wickedness in the heavenly places. Therefore take up the whole armor of God, that you may be able to withstand in the evil day, and having done all, to stand” (NKJV). 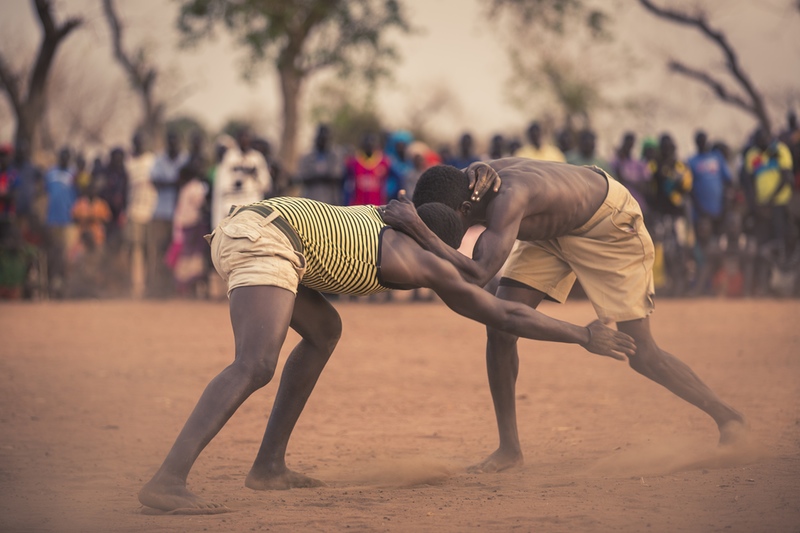 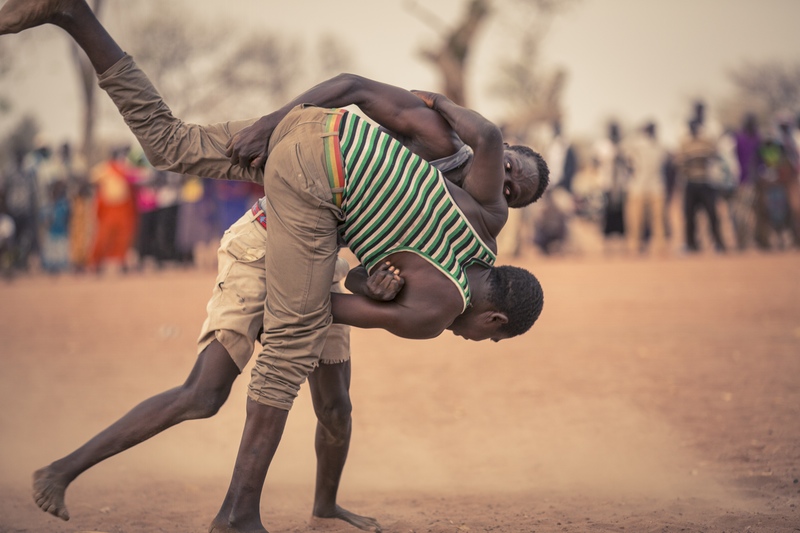 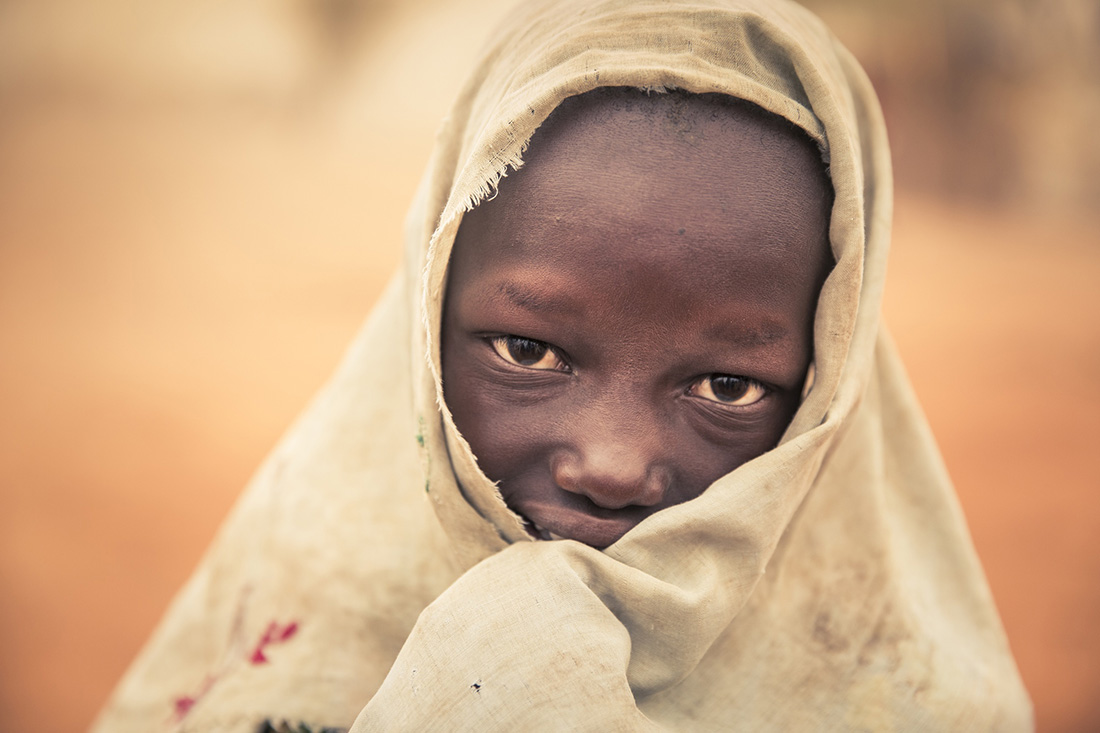 The bombardments in Nuba also forced Fadul Jana to flee with his family.

“People were being killed, houses were burning, and all kinds of bad things were happening,” said Fadul, who’s now serving as our fleet manager.

He’s grateful that God led Samaritan’s Purse to Yida for the Nuban people.

“Samaritan’s Purse was the first organization to come here on the ground,” Fadul said. “I can’t imagine what the suffering would have been like if they had not been there.

“Samaritan’s Purse is like a grace or like a blessing from God. They really understand exactly the needs of the Nuban people.” 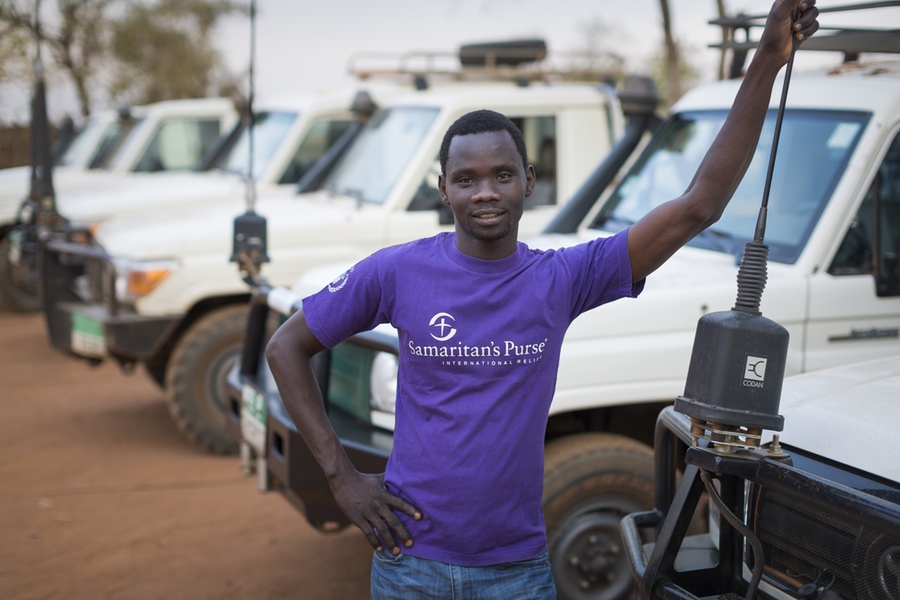 Within two years of South Sudan becoming a country, the joy of independence faded and an armed internal conflict ensued. Unimaginable atrocities were committed. But through God’s presence and power, the South Sudanese are proving to be resilient and are seeing victory in their suffering.

As fighting grew intense in May 2015 and bombs rained down in southern Unity State, Nyamer and her family of 12 were among tens of thousands of people who rushed to the swamps to survive.

“I’m very thankful that the Samaritan’s Purse team evacuated with us,” she said. “They provided food to feed my family.” 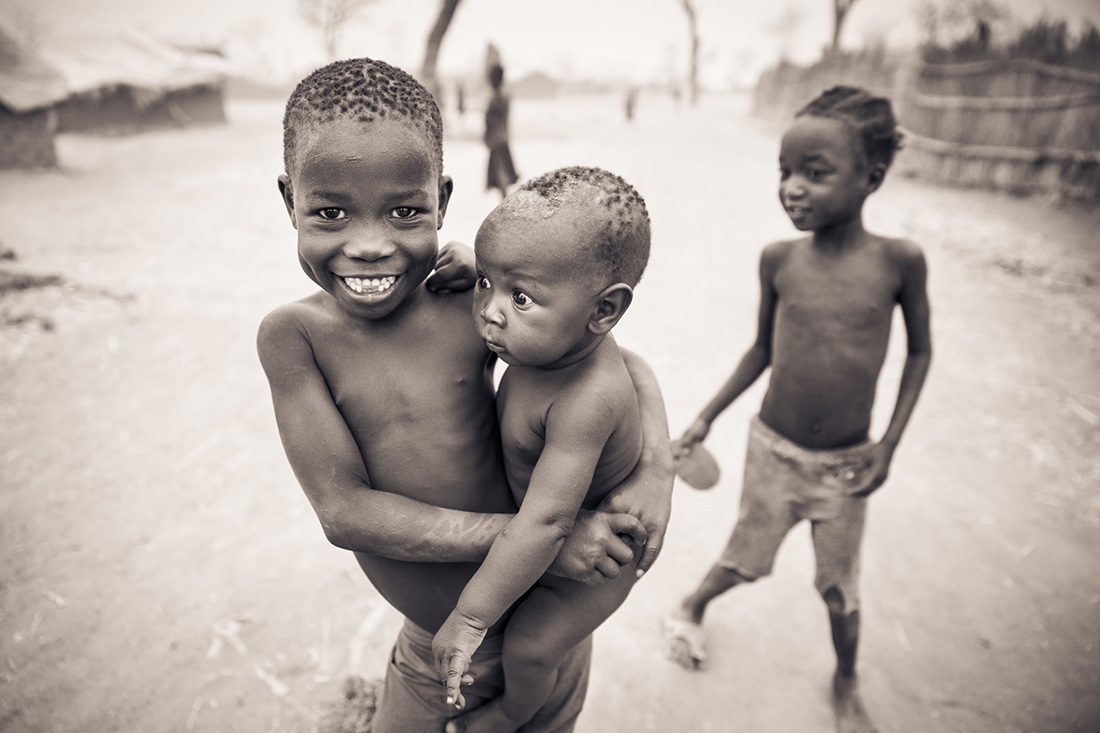 Nyamer also was given some blue tarp, which she used in multiple ways.

“When the fighting was taking place, we wrapped our children and all of our things in it, then tied it around us and pulled it through the water,” she said. “When it was raining hard, we used it to cover ourselves.”

The fighting eventually died down late last year, and Nyamer returned home. But she was unable to find any grass to thatch her roof, which had been damaged.

“So I’m now using that blue tarp as my roof, which protects us from the heat of the sun and from the rain,” she said. 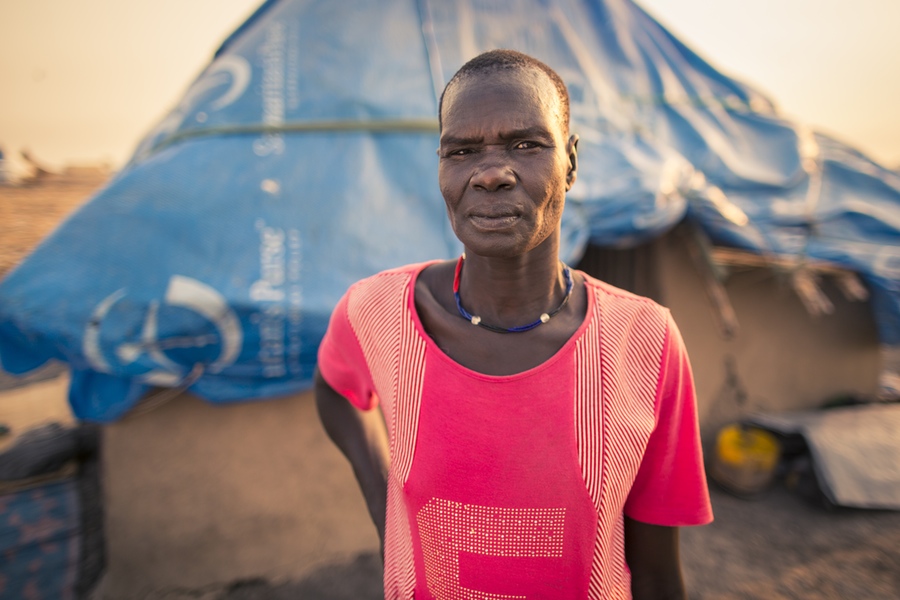 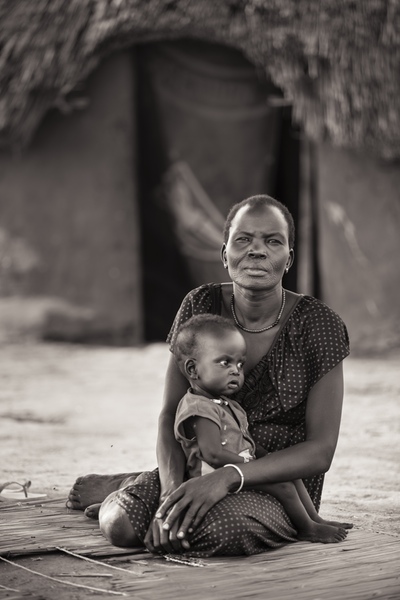 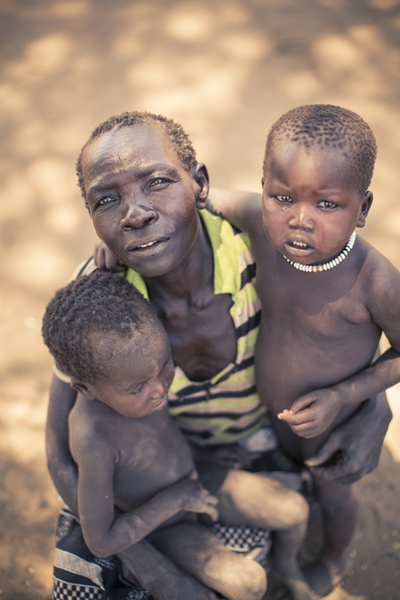 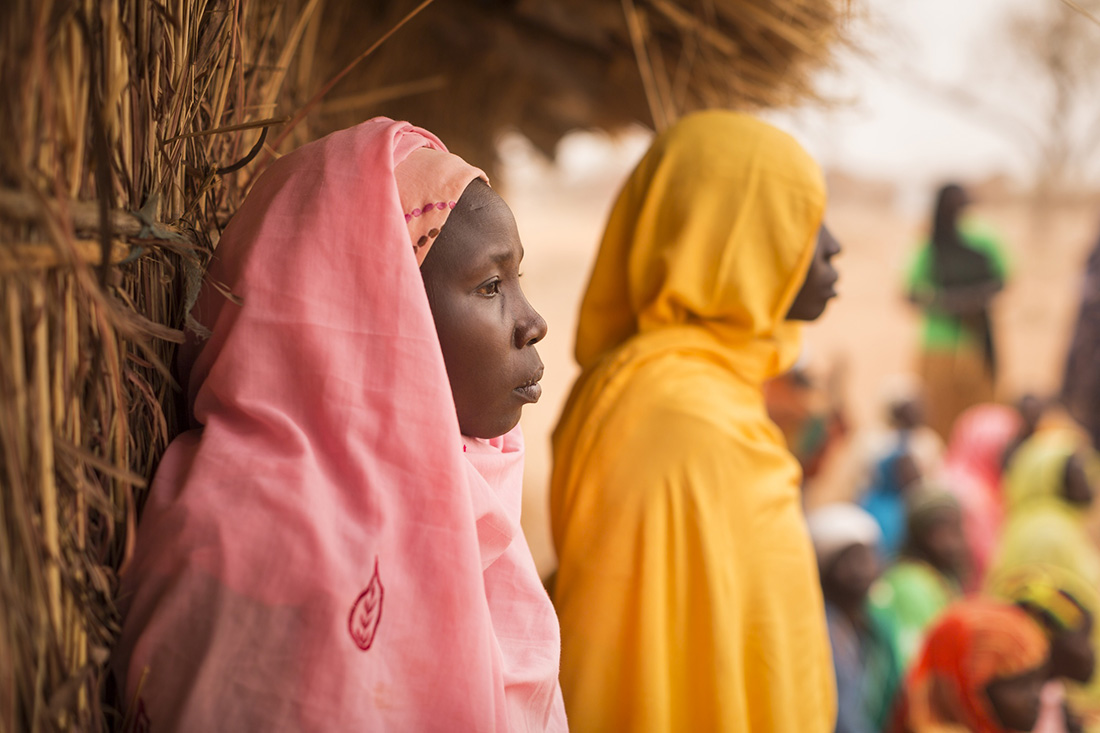 Elizabeth, who had been working as a nutrition assistant with Samaritan’s Purse for three months when fighting broke out, also had to escape to the swamps. She was seven months pregnant. As gunfire shattered the afternoon silence on May 11, 2015, Elizabeth quickly picked up her young daughter and started running. She grew extremely tired, but pushed through her pain and made it to safety.

“My daughter was crying; we had no food; we had to sleep without any covering,” Elizabeth recalled. “I was very, very, very sad.” 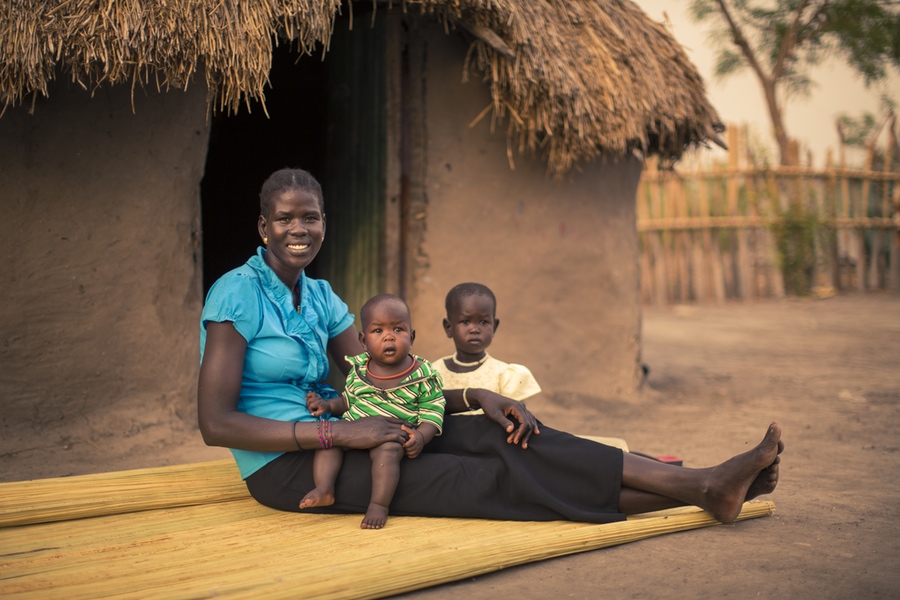 Just like Nyamer, Elizabeth is thankful that Samaritan’s Purse pursued those who had fled.

“They came to us and provided food,” she said.

During her time in the swamp, Elizabeth became a mother again, this time to a baby boy. 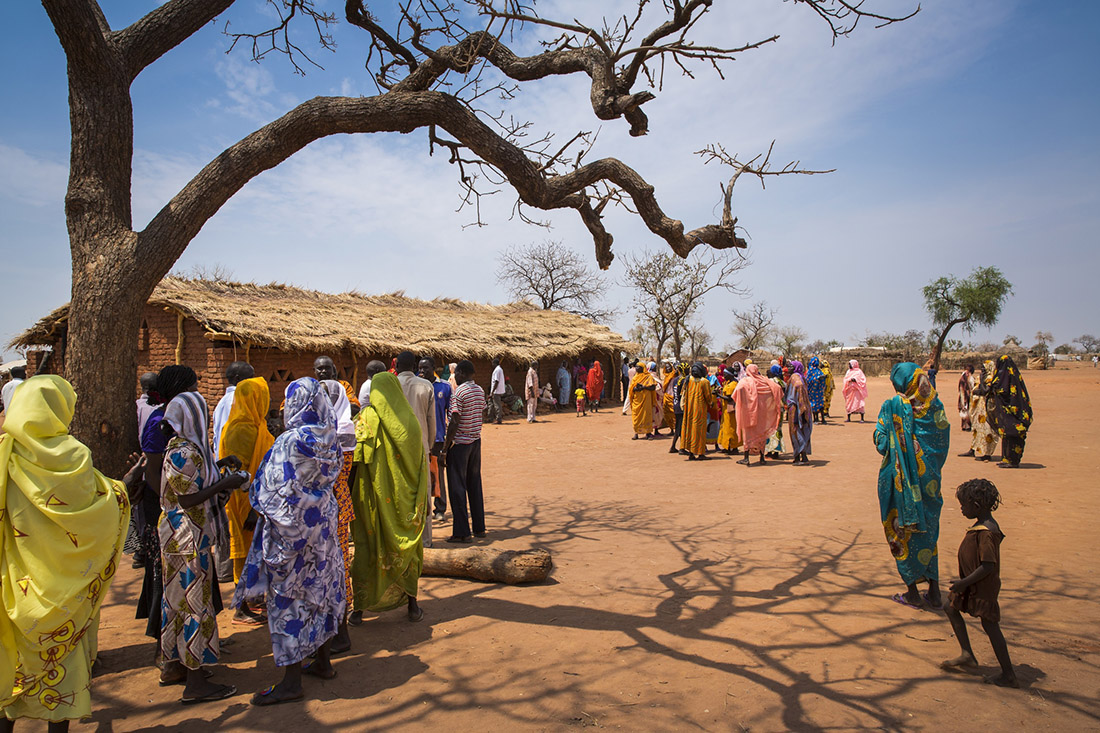 Elizabeth looked to God for strength and peace during those perilous days. Bible promises such as Isaiah 41:10 came alive: “Fear not, for I am with you; be not dismayed, for I am your God; I will strengthen you, I will help you, I will uphold you with my righteous right hand” (ESV).

“When the war came and chased us away and we were hiding under the grass, I remember praying, ‘Oh God, please stop the shooting,’” she said. “And the shooting stopped. We were trusting God. That’s why we’re here.”

Today, Elizabeth is back home and continues reaching out in Jesus’ Name, coming alongside mothers to make sure their young children are receiving the proper nutrition they need.

“God continues to use Samaritan’s Purse to help those who are suffering,” Elizabeth said. “They are getting food, and they are getting water. And we are encouraging their lives. Our community is very, very happy.” 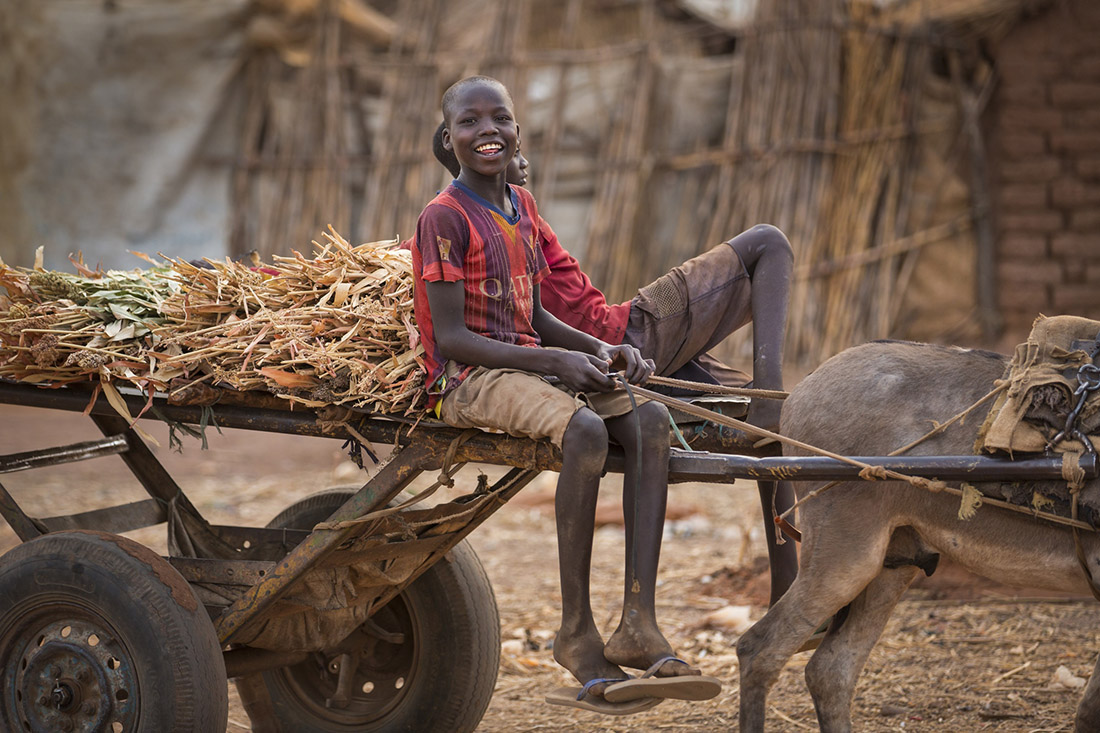