IN TOGO, WEST AFRICA, CHILDREN WHO ARE BLIND ARE EXPERIENCING THE LOVE OF CHRIST THROUGH OPERATION CHRISTMAS CHILD AND THE GREATEST JOURNEY.

In many parts of Togo to be born blind is to be born cursed. Families and communities superstitiously fear the disability.

Annani, who is visually impaired rather than totally blind, was nevertheless rejected by his father and scorned by teachers and classmates. In the latter case, he was shamed because he couldn’t see the blackboard in the classroom of his village school.

“You can’t see. What can you do?” Annani recalls his teachers telling him. 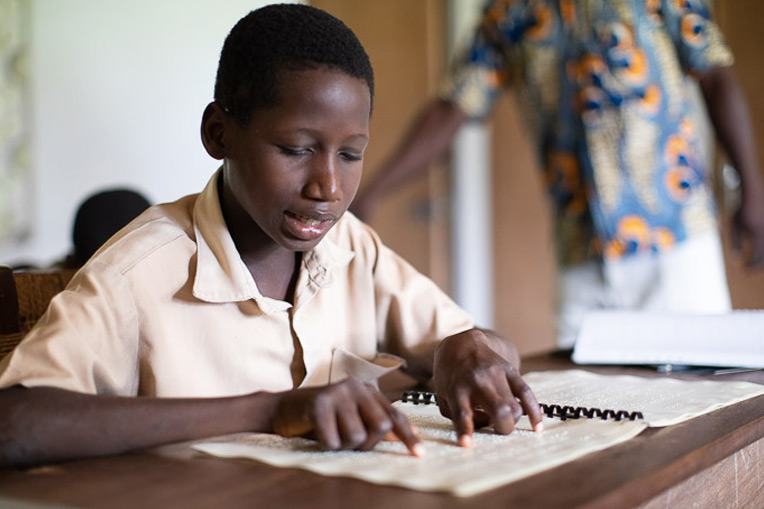 ANNANI READS FROM HIS BRAILLE TEXTBOOK DURING MORNING CLASSES AT THE VILLAGE OF LIGHT SCHOOL FOR THE BLIND.

The Village of Light School for the Blind took him in several years ago and, since coming there, Annani has succeeded academically and even discovered a love for geometry.

“People think that because the children are blind they don’t have the capacity to learn or be educated,” said Raoul N’souglo, the school’s principal. “They don’t understand that a blind boy is just like any other boy but with his eyes not working.”

“People think that because the children are blind they don’t have the capacity to learn or be educated,” said Raoul N’souglo, the school’s principal. “They don’t understand that a blind boy is just like any other boy but with his eyes not working.”

Loved by Their Creator

Even more important for students than success in school, though, is knowing God loves them. We praise the Lord that blind and visually impaired students at Village of Light were recently blessed as they received Operation Christmas Child shoebox gifts. 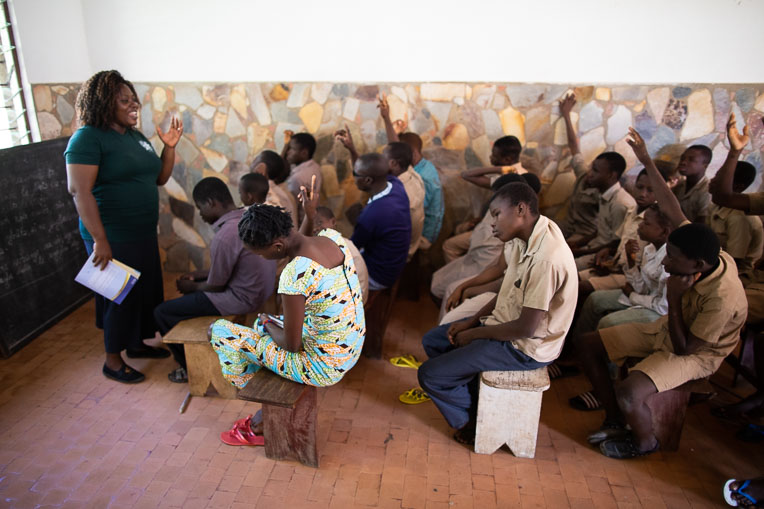 CYNTHIA HAMELO, A NATIONAL LEADER WITH OPERATION CHRISTMAS CHILD IN TOGO, TEACHES STUDENTS IN THE GREATEST JOURNEY CLASS AT THE VILLAGE OF LIGHT SCHOOL FOR THE BLIND.

Annani found a tennis ball, a mechanical pencil, and a football in his shoebox. He also got an invitation to The Greatest Journey classes, a 12-lesson discipleship course for shoebox recipients. Annani came to understand the Gospel through the Bible study.

“I realised that I am a sinner and that Jesus Christ came and died for my sins. I accepted Him into my life,” Annani said.

“The children were so happy despite the fact that they couldn’t see the things,” she said. “They touched the gifts and said ‘What is this?’ and ‘What is that?’ They jumped for joy. They felt loved.”

Josephine said her favourite gifts were a doll, a cup, and a bag of plastic building toys.

“When I found the doll in the box, it gave me a lot joy,” she said. 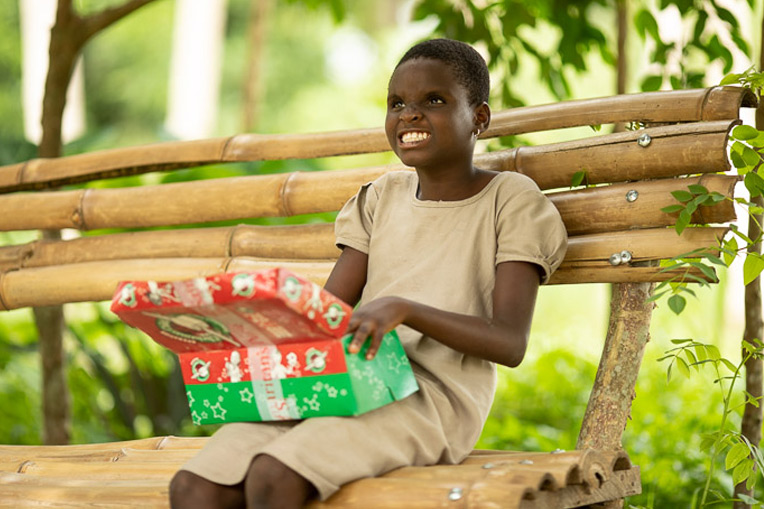 JOSEPHINE ENJOYS THE SPECIAL GIFTS SHE RECEIVED DURING A SHOEBOX GIFT DISTRIBUTION IN TOGO.

And as she joined The Greatest Journey classes, what she learned about God also filled her with joy—especially learning that God created her in His image.

“It means a lot to me that, though I am visually blind, I know that I am made in God’s image,” she said. “Through The Greatest Journey I learned about Jesus. That he took our sins. That he died on the Cross for our sins. When I finished the Greatest Journey classes I received Jesus. He is the one who is filling us every morning and every evening.”
—

For more than 25 years, Operation Christmas Child, a project of Samaritan’s Purse, has partnered with local churches in more than 100 countries to distribute gifts to boys and girls in need and tell them about God’s Greatest Gift—Jesus Christ.

Be a part of blessing children around the world by prayerfully packing a shoebox gift this year.