Our DC-8 aircraft recently delivered a second round of emergency items and disaster relief personnel to Beirut, Lebanon, to help those who are recovering from the explosion that rocked their city on 4 August. The plane departed from North Carolina, on Tuesday carrying more than 31 tonnes of supplies and arrived in Beirut on Wednesday. The cargo included emergency shelter material, hygiene kits, solar lights, and medical supplies. 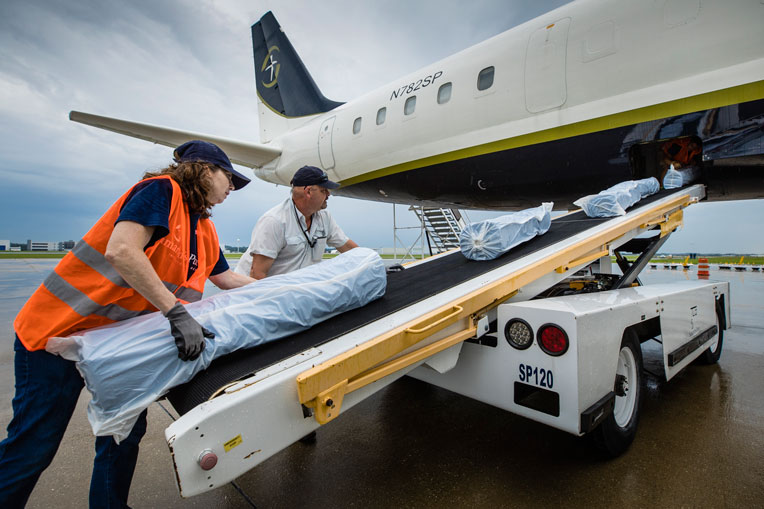 Also, on the flight was a mobile surgical team who will provide general medical care as well as treat those still suffering from open wounds and infections caused by the blast more than two weeks ago. This 10-plus-member team includes a staff person who will care for the psycho-social needs of citizens as well. In addition, the medical team will also be training local hospitals in COVID-19 prevention practices.

“As always, Samaritan’s Purse seeks to care for the greatest needs of the people, reduce suffering, and share God’s love,” said Elliott Tenpenny, director of our International Health Unit.

Samaritan’s Purse first airlift to Beirut arrived just four days after the blast. Since then, our Disaster Assistance Response Team has distributed relief supplies to refugee families living near our local church partner. We’ve so far assisted more than 300 families, including Syrians, Armenians, and Sri Lankans, with some 500 tarps, more than 350 hygiene kits, and over 700 solar lights. 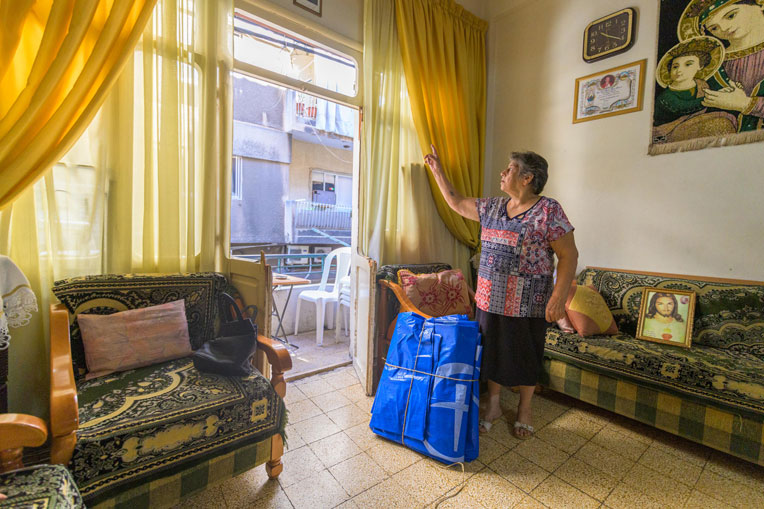 Malak* plans to use her tarp from Samaritan’s Purse to temporarily replace her door that blew off in the blast.

Malak* received a tarp from Samaritan’s Purse and plans to use it to temporarily replace her door that blew off in the blast. She said, “Even in my small steps I say, ‘Lord, I give you my life. Whether I am leaving or coming, I am in Your hands.’”

Go to “Jesus Saved My Life” to read more about those who are receiving relief.

Homes, churches, businesses, medical facilities, and food storage in Beirut were damaged on 4 August when more than 2,700 tonnes of ammonium nitrate exploded near the port, leaving more than 200 dead, 6,000 injured, and 300,000 displaced.

Please pray for the leadership of Lebanon as they guide their country at this critical time. The nation faces a quadruple crisis: political turmoil and transition, long-term economic hardship, COVID-19, and the 4 August explosion.

Pray for all those who are suffering and for our teams as they provide relief. Pray for local Christians as they try to be salt and light during this challenging time. 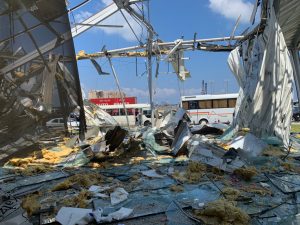 Samaritan's Purse has been working with trusted Christian partners in Lebanon for decades. We respond in the face of war, disasters, and other crisis situations to provide physical and spiritual relief.