Monira is the only daughter among five brothers. She’s sweet and gentle yet feisty, and commands her hula hoop with ease, spinning it rapidly around her neck, her arm, and then her waist. 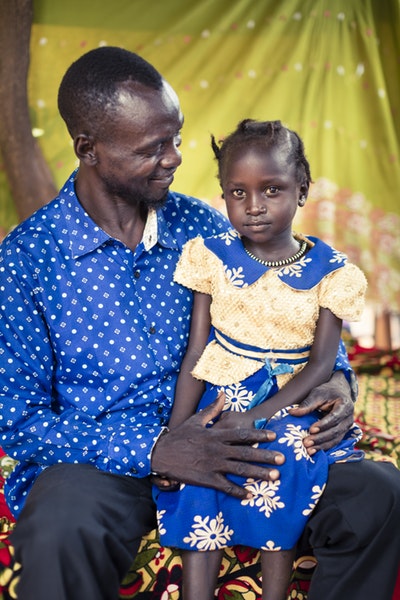 Yunis made the hard decision to flee the Nuba Mountains in order to protect his family. 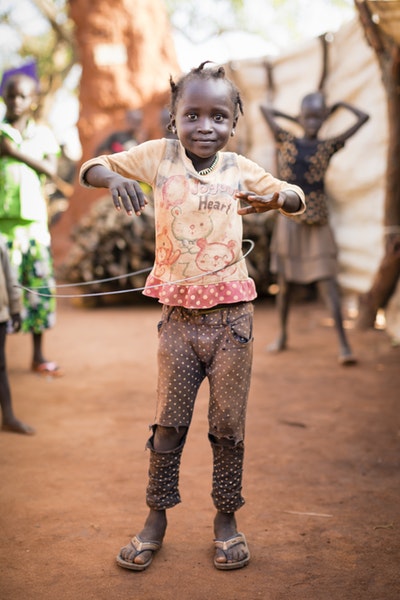 Monira enjoys showing off her hula hoop skills. Her hoop is made from an old wire.

Her younger brother Yuram isn’t bashful and doesn’t mind showing off his dance moves to a crowd of neighbours.

The six children keep their parents busy. After preparing porridge for breakfast their mum Mary gets them ready and off to school. She washes clothes, works in the garden, and cooks meals.

Sometimes meal preparation doesn’t take long because they have little, if any, food by month’s end. By that time their food rations have dwindled, and Mary does what she can to make it last.

Yunis, husband and father, teaches Arabic at a nearby school but his income doesn’t come close to supporting a family of eight. 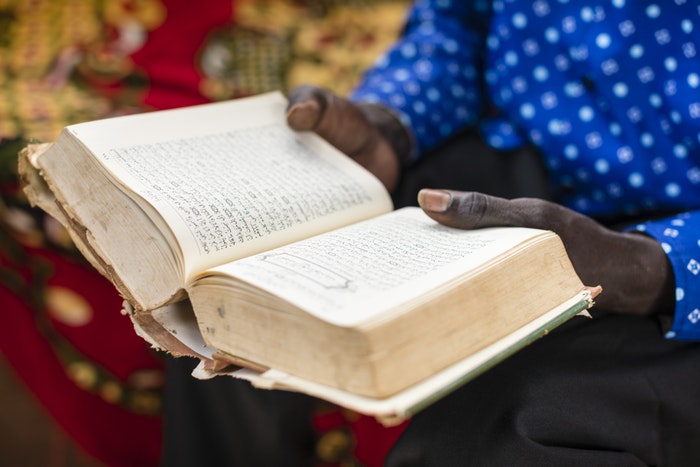 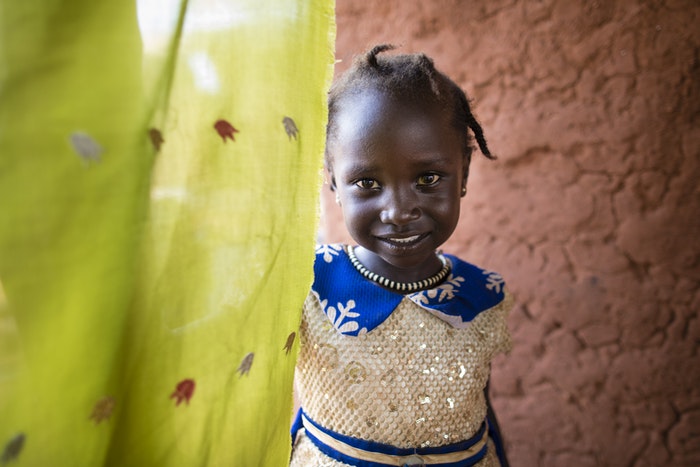 Yunis and Mary are raising their precious children in a refugee camp in South Sudan. Behind the smiles of this beautiful, loving family is a horrific and traumatic past.

And one they refuse to let steal their present hope for a different path forward.

Yunis keeps different Bible verses written on a wall in their home.

Behind the smiles of this beautiful, loving family is a horrific and traumatic past.

Mary is a loving mother who works hard to care for her children.

As soon as they heard the grisly roar in the sky, Yunis, Mary, and the children scrambled to bury themselves beneath the earth. The hole they had dug was their only protection against death from aerial bombings.

Sometimes the planes flew all day and that meant a lot of time hidden in the silent, deep darkness. “The only option was to pray and ask God to protect us,” Mary said. 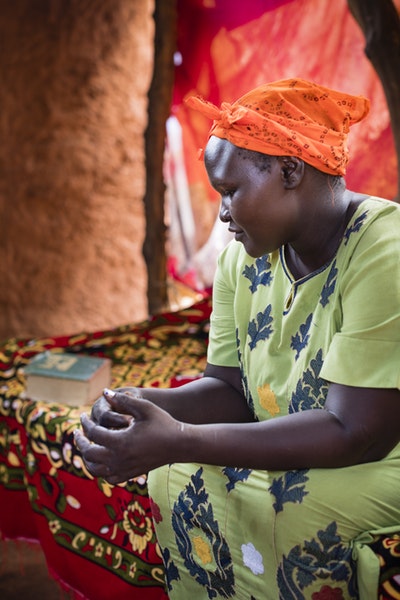 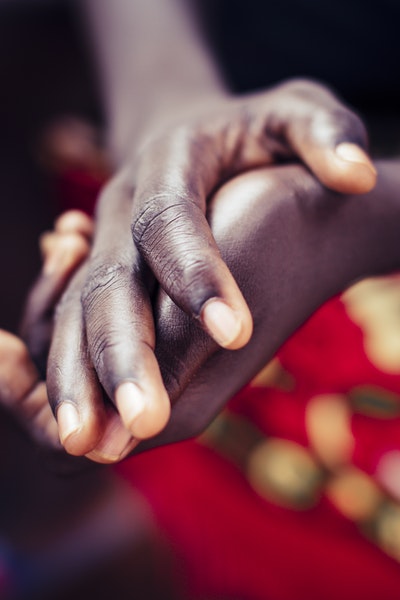 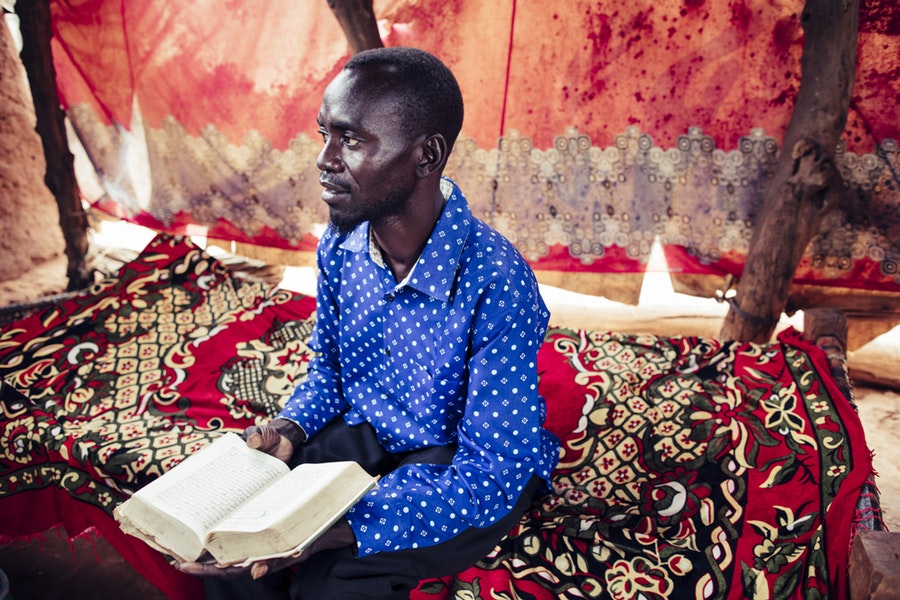 Victory came every time they survived another day of fighting. Yet, their celebration remained muted as the war had stripped away any resemblance of a normal life—no schools, no hospitals, and no food. They couldn’t even meet with other believers for worship because people were too scared to meet in large public gatherings.

Although agonising to watch the dismantling of their beloved Nuba Mountains in Sudan, the decision to leave the only home they had ever known was still hard.

“How are we going to survive in a place we don’t know?” Mary wondered.

Reading the Bible together as a family is a daily routine.

“How are we going to survive in a place we don’t know?”

Two years ago, Mary, Yunis, and their children fled from the Nuba Mountains. They walked for three days to reach South Sudan and the refugee camp in Ajuong Thok, only bringing with them a little flour for cooking.

Despite their struggles, the family remains hopeful and joyful.

Yunis, Mary, and the children have all benefitted from the ongoing work of Samaritan’s Purse in Ajuong Thok. 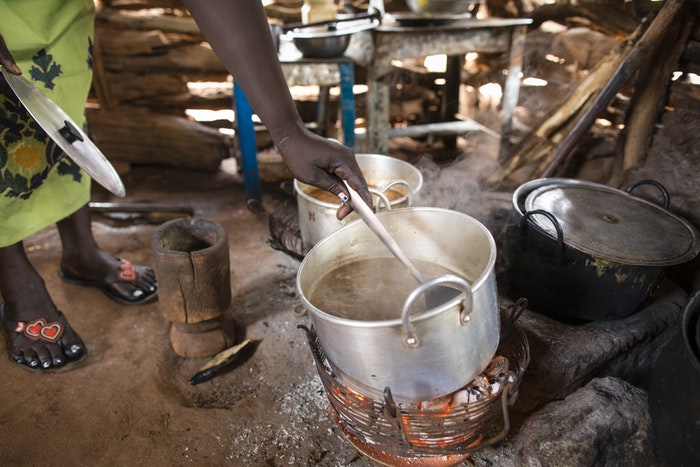 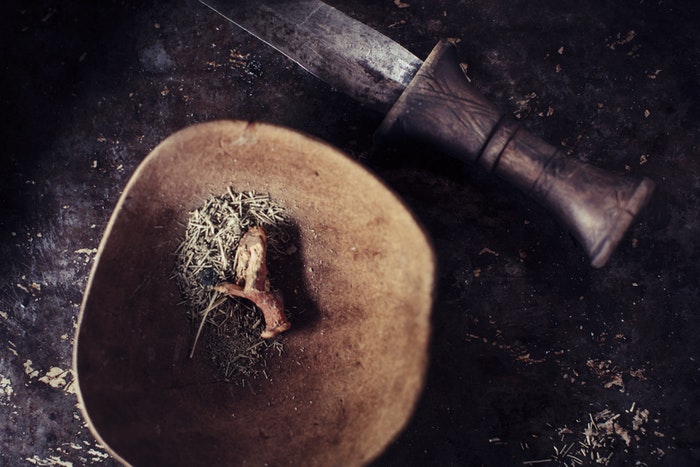 They are among more than 37,000 refugees who receive monthly food rations including basic items such as sorghum, cooking oil, beans, and salt. Samaritan’s Purse oversees the food distributions in partnership with the World Food Programme. 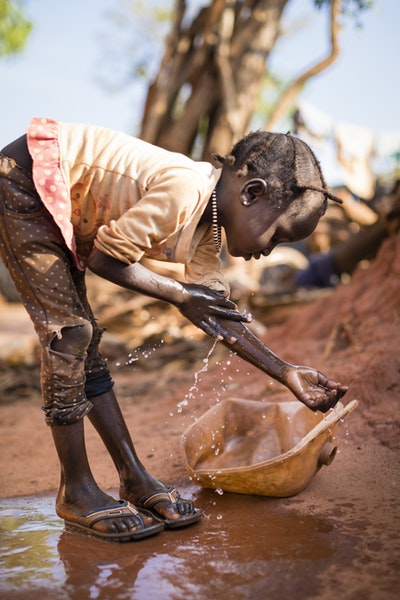 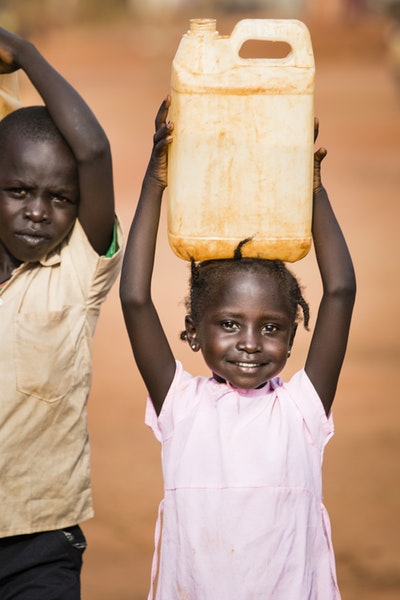 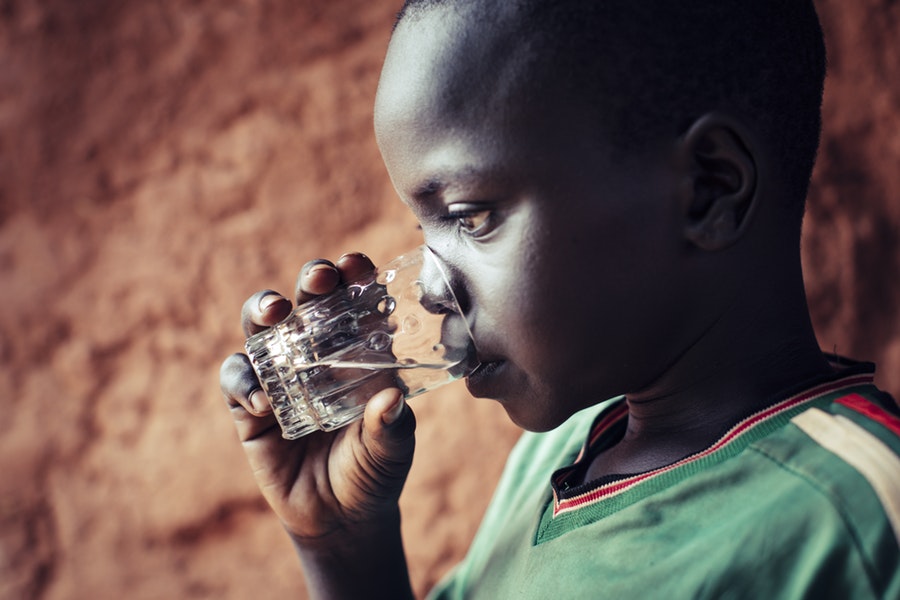 From bathing and drinking to cooking and washing clothes, clean water is critical for refugee families.

“There is no other water source,” Yunis said. “Water is very important. We use water for drinking, cooking, washing clothes, and bathing. If the water is not clean, it creates problems.”

This tap stand provides clean water for many families in the community.

Yunis and Mary have been strengthened in their faith through Samaritan’s Purse training opportunities. They both participated in a course on Biblical marriage, which Mary said helped them learn how to better communicate and to solve problems together. 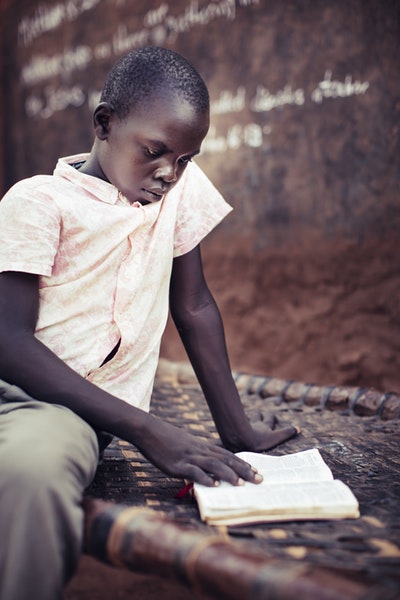 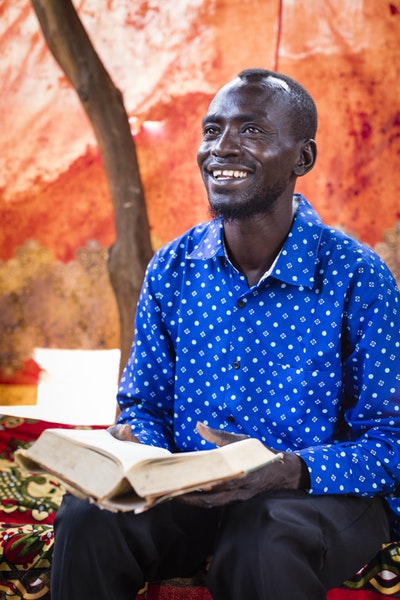 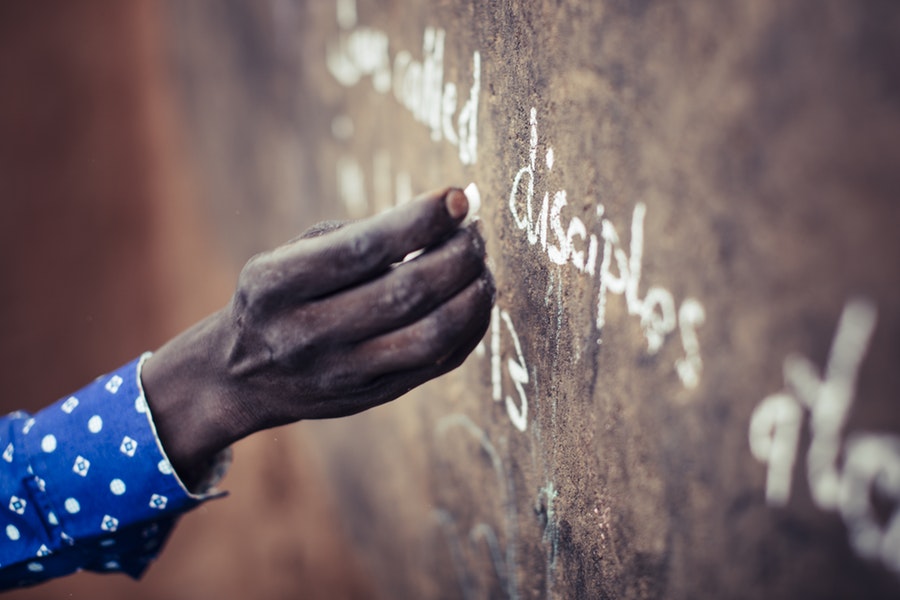 Yunis also attended a Samaritan’s Purse training on Christian leadership, which encouraged him to be bold in evangelism. “It is very important to share our faith with others,” he said.

“I very much appreciate the work of Samaritan’s Purse.”

Yunis is grateful for the Bibles Samaritan’s Purse distributed at the church he attends, and for showing the Jesus film in his community.

“I very much appreciate the work of Samaritan’s Purse,” he said.

Throughout all their trials, the family has never taken their eyes off of Jesus Christ. Yunis and Mary are following God so closely that despite struggling to provide for their own family, they’re also caring for an orphan child.

Nasiradin was 14 years old when he escaped to Ajuong Thok. Nasiradin had lived near Yunis and Mary in the Nuba Mountains, but as war scatters and separates, Nasiradin lost track of his neighbours and didn’t know where they had gone.

Children in the refugee camp use whatever they can find as toys. These children use stones to play the “cow game,” also known as a type of mancala game, which requires strategy to capture an opponent’s playing pieces.

His parents left him in Nuba without warning and without telling him where they were going. Nasiradin lived with his grandmother for a little while, but when she died, he found himself alone.

Nasiradin set out for the refugee camp on his own and with no plan for what he would do upon arrival. His only goal was to regain some of what war had stolen. “My plan was to get an education and to be able to worship God,” Nasiradin said.

He slept at the camp’s crowded reception center for one week before he spotted Yunis walking along the road. Nasiradin never thought he’d see Yunis and the family again and couldn’t believe they had been reunited among the tens of thousands in the camp.

Nasiradin has found a home with Yunis and Mary and their children.

Nasiradin helps with the family chores, and Yunis and Mary care for him as one of their own.

Nasiradin walked a painful road to Ajuong Thok, but he said he trusts that this is God’s plan for him. He is grateful for the opportunity to attend school—the hope of a better future—and to live with Yunis and Mary.

“In all situations, we need to thank God,” he said. “Pray to God because He is our Saviour.” 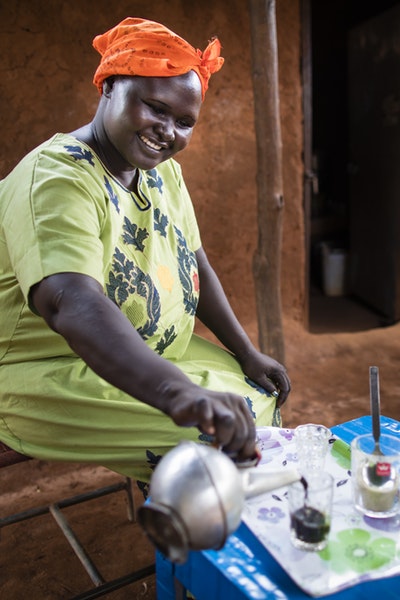 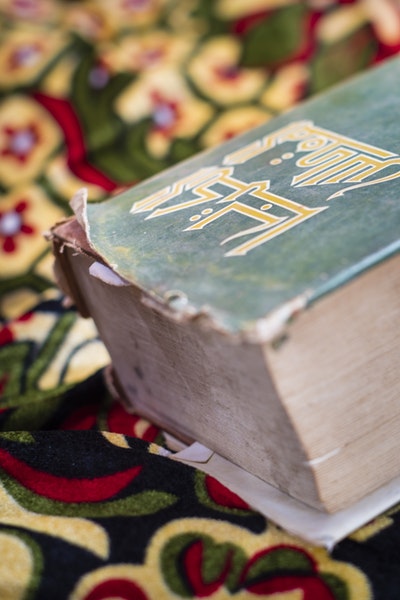 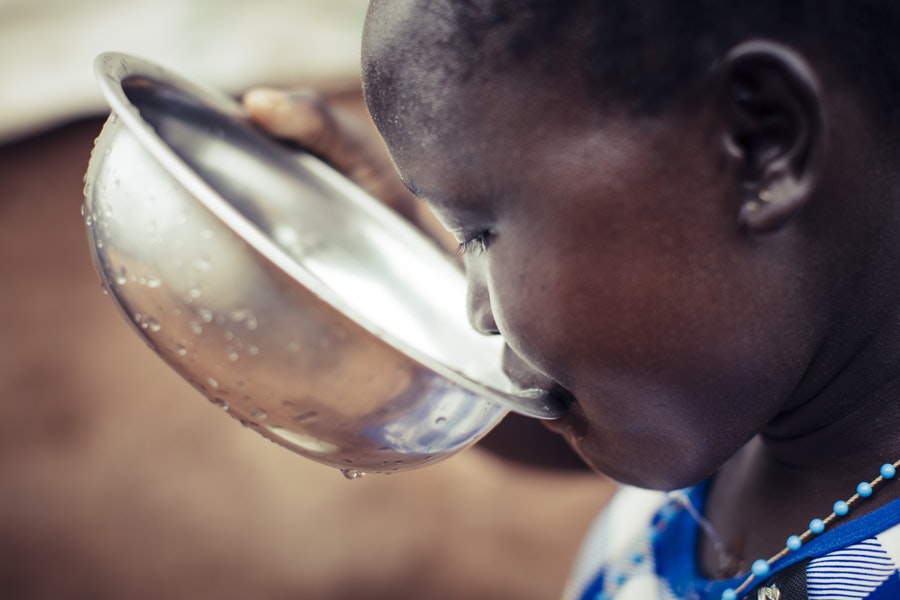 Mary said the most important thing to her is that her children “grow in the Christian faith and love others.”

Mary is dedicated to raising her children up in the Lord, praying for them daily to come to know God’s love.

Mary has led by example in the darkest moments, crying out to God as she sheltered her children in the holes. “As I prayed, He encouraged me. God was the one taking care of us.” 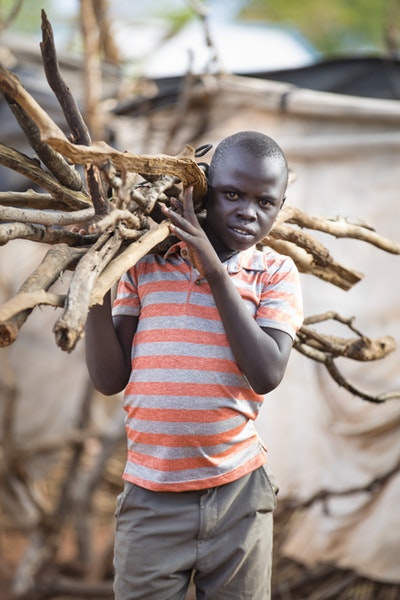 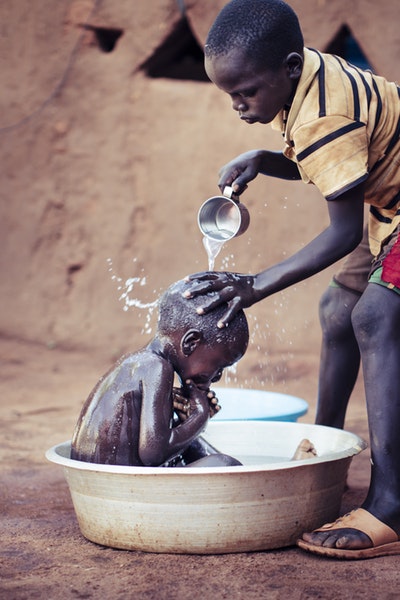 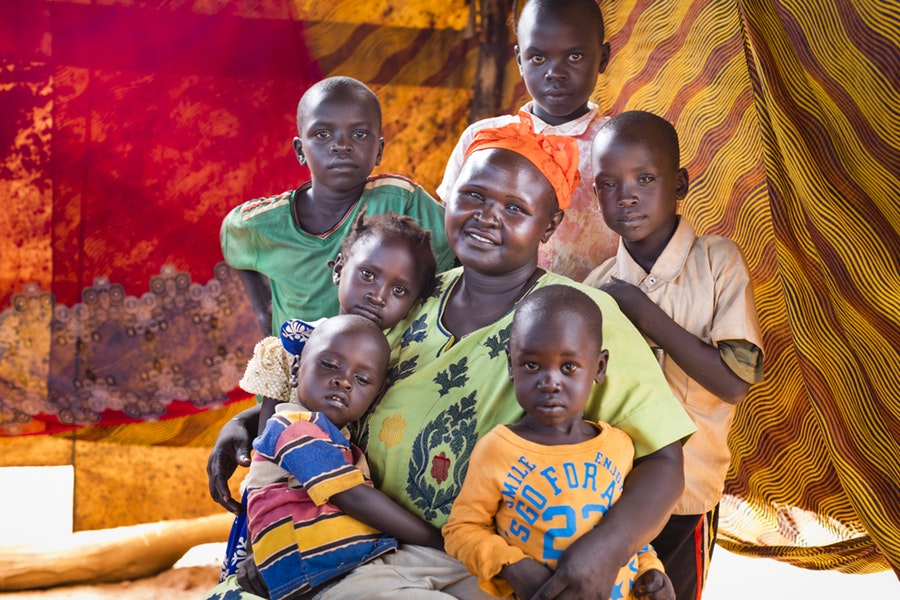 “We faced many challenges, but we kept our faith.”

Yunis has been a Christian for nearly 30 years, ever since he first discovered that the Bible holds the truth about eternal life. He wasted no time in volunteering as a Bible teacher at a local church once the family moved to Ajuong Thok.

“We faced many challenges, but we kept our faith,” he said. 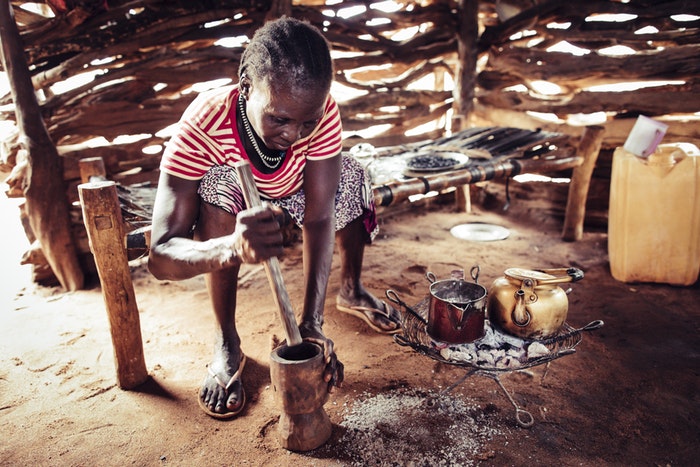 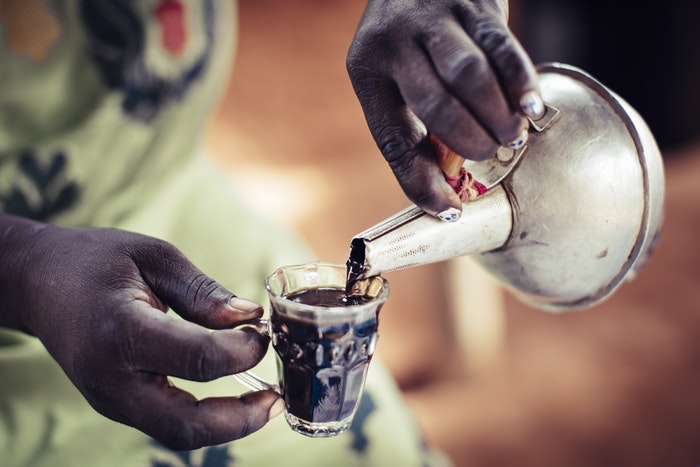 The family roasts their own beans and creates a delicious cup of coffee blended with cardamom and ginger.

“For our citizenship is in heaven, from which we also eagerly wait for the Saviour, the Lord Jesus Christ.” —Philippians 3:20