In northern Iraq, boys and girls displaced by war are finding comfort and learning Bible stories in safe learning spaces set up by Samaritan’s Purse.

Thousands of people remain displaced in northern Iraq even now, five years after ISIS swept across the nation and forced people from their homes. Families are living in tents and their children have known nothing but war. Samaritan’s Purse is offering a reprieve to these children through child-friendly spaces (CFS) operating in four different displacement camps. 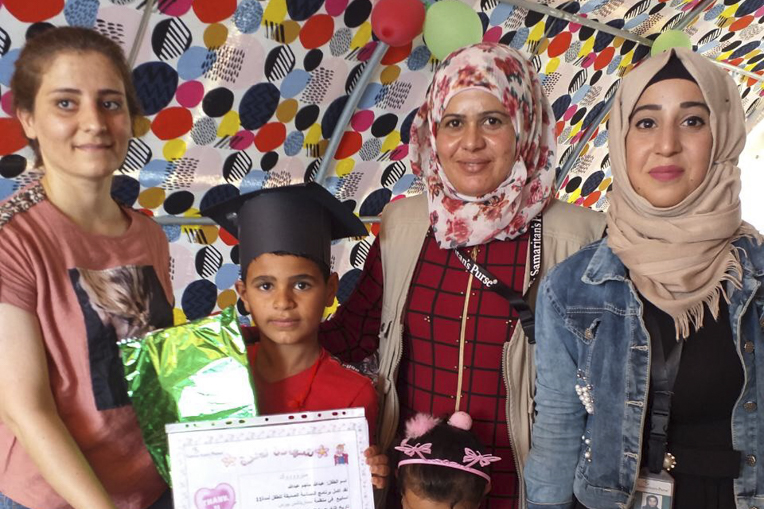 Many CFS participants build resiliency during the 11-week programme that centres around Bible stories.

The CFS programme utilises Bible stories to teach children positive character traits and give them space to express their journeys of joy and loss. Through Joseph’s story, children receive practical tools to help them cope with disappointment, while in the story of Creation, they learn their intrinsic value.

Additionally, as they listen to how Moses faced his fears and trusted God, they are encouraged to put their own hearts into the Father’s hands.

“Your CFS is a place of joy, love, and peace—I know people cared for my son there,” said Ammar*, a father of one participant. Since attending, Ammar’s son and his other children “started to obey us as parents and not fight with the other boys and girls. If anyone causes them any problems, they just forgive,” he said.

At one camp of 18,000 people, a CFS graduation ceremony recently celebrated all that the children had gleaned during the 11-week programme. Songs, skits, and recitations filled the afternoon as each child played a unique part in sharing what they had learned.

Mothers from different religious and ethnic backgrounds laughed together and heard the Word of God told through a child’s eyes. As the boys and girls re-enacted the story of the Good Samaritan, mothers were challenged with the enemy-embracing love of the Heavenly Father. 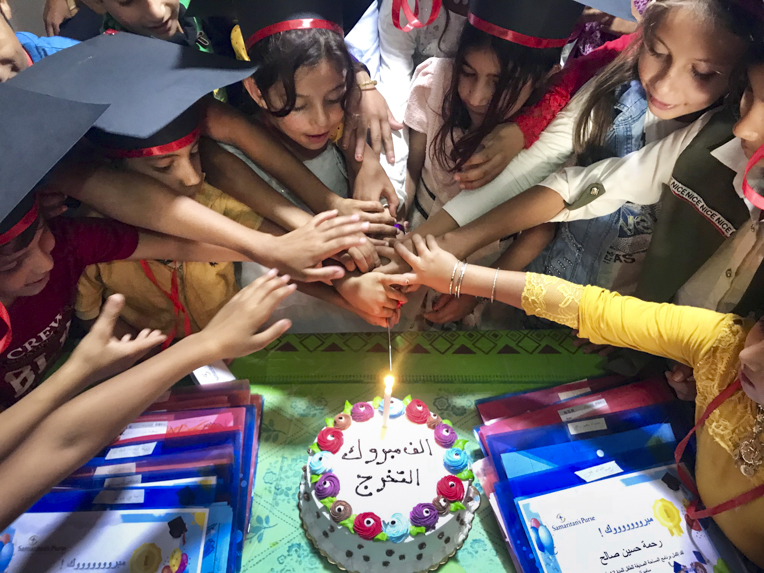 Each CFS graduate proudly wore a paper graduation hat that had been carefully constructed by Samaritan’s Purse staff to be sturdy enough to be tossed into the air. After the ceremony, they served cake and mothers beamed, asking when their children could come back to the programme. The boys and girls left with improved social skills and emotional health as well as greater resiliency.

One father named Mustafa* said his son’s experience in the programme was a “safe place where he felt emotional comfort. Before he was so shy—not social at all—but afterwards he started to make a lot of friends, and go out and play with other boys.”

Started in 2017, our CFS project in Iraq has served nearly 450 children from Mosul and Nimrud who were displaced by ISIS. Our child-friendly spaces express well the mission of Samaritan’s Purse as they provide desperately needed practical support and show God’s love to people who have endured much hardship. The Lord Jesus Christ is faithfully shining a light in the darkness as children gather in these colourful tents to learn Bible stories.