Responding in the Aftermath of Devastating Disasters in Haiti

2010: Samaritan’s Purse deploys in 2010 after a crippling earthquake hits Haiti and again in 2016 after a powerful hurricane strikes the nation.

Samaritan’s Purse mounted a massive, multi-level response and delivered tons of emergency food and supplies after a fierce 7.0 earthquake struck Haiti on January 12, 2010. The impact was catastrophic for the poorest country in the Western Hemisphere. About 250,000 people were killed, and more than a million Haitians were left homeless. 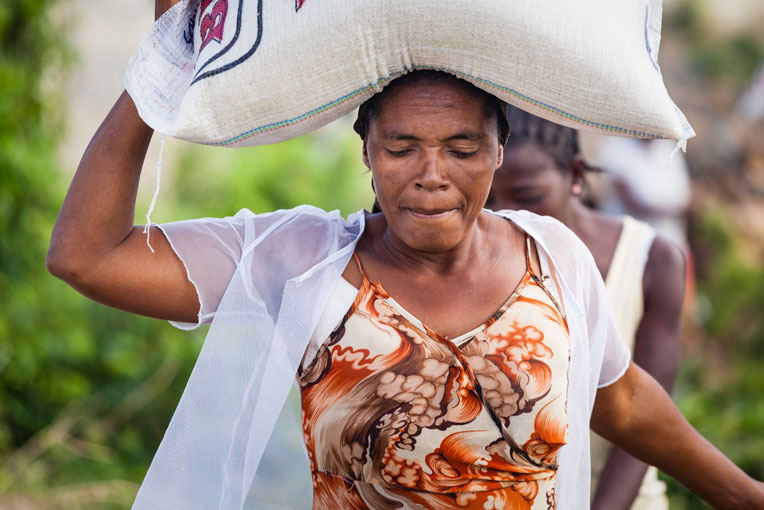 We distributed tons of emergency food after the earthquake.

Our medical and disaster response teams quickly deployed to some of the hardest-hit areas on the island nation to provide essential relief to people who had lost most everything. We wanted them to know that God loved them and had not forgotten them.

In the weeks following the deadly quake, Samaritan’s Purse delivered 14 shiploads of critical supplies and heavy equipment. We began rebuilding roads and removing tons of rubble—over 10,000 dump-truck loads—so reconstruction could begin. By the end of 2010, we had provided housing for more than 10,000 families, distributed 9,000 tons of food to 340,000 survivors, and installed water filtration systems in 36 communities to improve public health.

Our medical personnel helped the Little Hospital at Baptist Haiti Mission care for earthquake victims—nearly 10,000 in all—and reopened and staffed a clinic at a church in the Cite Soleil slum. We also began educating families on how to prevent the spread of cholera that was ravaging the country and claiming thousands of lives. 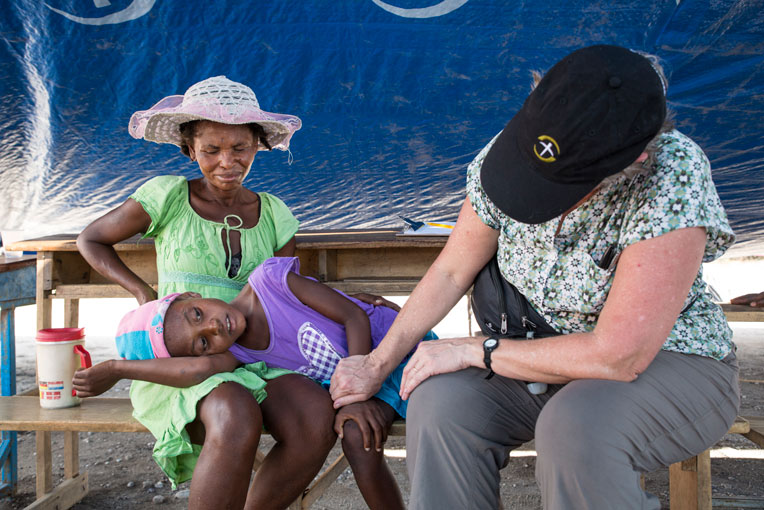 Our team treated many children sick with cholera.

Samaritan’s Purse responded again in Haiti when Hurricane Matthew, the most powerful storm to hit the Caribbean in nearly a decade, battered the already fragile nation in October 2016. More than 500 Haitians were killed and tens of thousands were left homeless.

In the immediate aftermath of the Category 4 storm, we delivered m 220 metric tons of water, sanitation, and hygiene supplies; shelter materials; and medical relief to the country’s southern peninsula and other affected areas. In addition, we assisted in distributing food, tarpaulin roofs, repairing and rebuilding churches, and restoring clean water to communities.

Cholera cases once again spiked following the hurricane, and we established a cholera treatment centre to diagnose patients and care for those crippled by the disease. Our mobile medical teams also were on the ground providing life-saving relief for cholera patients and the injured.

In addition to cholera, our team treated injuries sustained during the hurricane.

Samaritan’s Purse has been hard at work in Haiti for many years, both before and after the 2010 earthquake and the subsequent cholera outbreak. Our long-term relief efforts include projects in a number of sectors including water, sanitation, and hygiene; maternal and child health; recycling; education; agriculture; food security; construction; and gender-based violence response.

In addition, we operate and staff the Greta Home and Academy, which provides a safe place for orphaned and vulnerable children in Haiti to receive an education and grow in their faith in Jesus Christ.

We praise God for His faithful provisions through the years and for the many opportunities our teams have had to demonstrate His love to suffering people in Haiti and to share with them the hope found only in the Gospel.