2003-Present: Samaritan’s Purse provides much needed aid to the people of Iraq.

All eyes were on Iraq in 2003 when U.S.-led forces removed Saddam Hussein from power.

After the war ended, Samaritan’s Purse airlifted 16 tons of critical medical supplies to Al-Yarmouk Hospital in Baghdad. The laboratory equipment we shipped was the first the hospital had received in 10 years. We also provided food to a poor neighbourhood near the hospital and finished constructing a medical clinic that had been started prior to the war. That initial year in Iraq became indicative of the breadth of our approach in the country for the decades to follow. 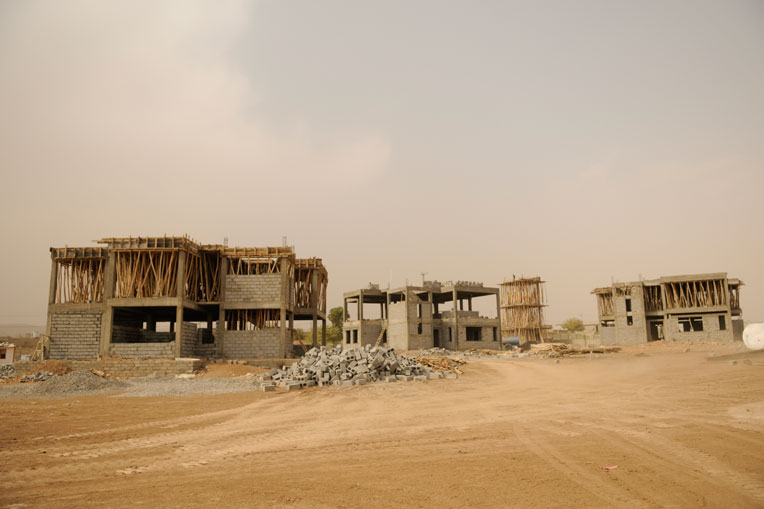 In 2008, the effects of Saddam’s Anfal campaign that levelled Kurdish villages in the late 1980s were still being felt. The chemical weapons he used severely injured those fortunate enough to survive the attacks, leaving entire families and communities reeling. Samaritan’s Purse built Fountain of Love, a multi-building community centre, to care for Anfal victims. Today, the facility continues to offer medical services and training in livelihood skills for the entire family.

The next generation of Iraqis faced their own wave of brutality when ISIS invaded in 2014, forcing Christians, Yazidis, and other religious minorities from their homes. As temporary camps for internally displaced people (IDP) popped up across the country, Samaritan’s Purse delivered food, clothing, and hygiene supplies to help them survive.

When the ISIS invasion intensified, we airlifted an Emergency Field Hospital to Iraq on Christmas Day 2016 and set it up just 11 miles from Mosul. Our local and international staff provided crucial care to those wounded in battle, treating 4,200 patients and performing 1,700 surgeries from January to September 2017. 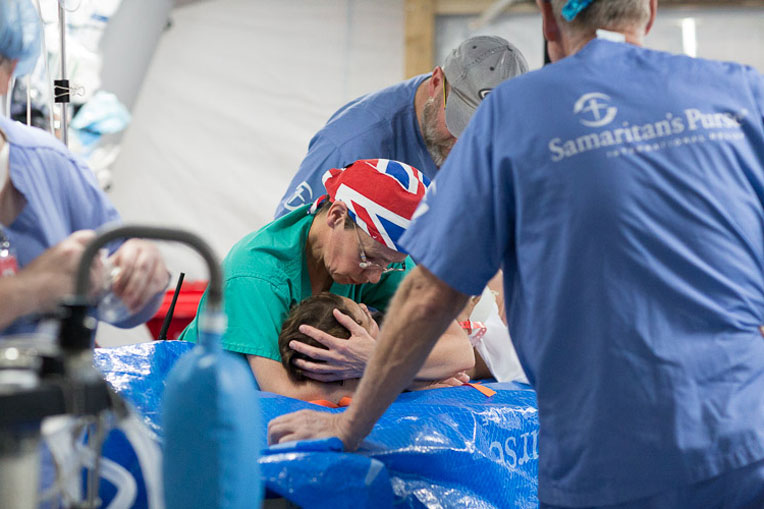 Staff at Samaritan’s Purse Emergency Field Hospital outside of Mosul care for a wounded patient.

We staffed the facility that included an emergency room, two operating rooms, and 50 beds with 450 rotating medical professionals who demonstrated the love of Christ to patients in desperate need.

When ISIS finally retreated from the Nineveh Plains, they left many villages that had been home to Christians for generations destroyed in their wake. Families who had fled to safety in the camps longed to return home, but their houses lay in shambles.

As part of our Project Nehemiah, Samaritan’s Purse entered these communities littered with unexploded ordnance to rebuild the homes of persecuted believers. Since 2017, we have repaired or completely reconstructed more than 1,300 homes and anticipate completing another 1,200 in 2020. These construction projects paved the way for Christians to remain in their Muslim-majority homeland when the lure to emigrate was strong.

While IDP camps continue to be the home for many Iraqis even today, some Yazidi families are leaving their tents to return to their homeland of Sinjar. Samaritan’s Purse is helping these families reestablish themselves by supplying flocks of sheep or hives of bees that generate income. Please pray for this project as well as other ongoing projects of Samaritan’s Purse in Iraq.