Samaritan’s Purse is partnering with local churches to bring relief to people who’ve had to flee conflict in Nagorno-Karabakh.

Pastor Vazgen of Abovyan City Church, which is located just outside of the capital city of Armenia, believes that God uniquely prepared and positioned his congregation to love and support families who fled the war. The summer before the war flared up again in Nagorno-Karabakh—a long-disputed piece of land—Pastor Vazgen’s congregation sent a team of church members to the area. They built friendships and made connections with ethnic Armenians living within the borders of Azerbaijan. 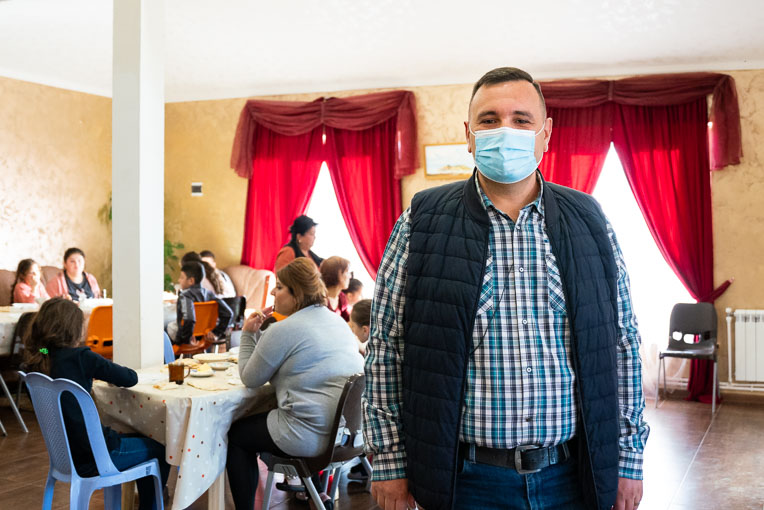 When armed conflict broke out this past fall, they wanted their church to be a place of refuge. They shared their heart to help on social media and opened their doors to complete strangers. Pastor Vazgen promised God that if He would provide the resources, they would never say no to anyone who asked for help.

Armine and her two young children experienced the church’s generosity first-hand. When Armine fled Nagorno-Karabakh in the midst of shelling and gunfire, she feared where her family would end up. All she wanted was a safe place for her 6-year-old son and 8-year-old daughter to rest.

“I was praying that God would lead us,” Armine said. As they drove over the mountain range, she saw the cross, emblazoned across the front of Abovyoan City Church. “I started to cry because they welcomed us warmly. I thanked God because He led us here. It is really healing for my soul.”

Quickly, the church was overwhelmed by the number of people in need. Just like Armine, hundreds of other families sought safety, a warm place to sleep at night, food, and other critical supplies.

“We realised we were out of resources,” Pastor Vazgen said. “I cried out to the Lord. I said, ‘Lord, help us because we don’t have enough food for them.’” 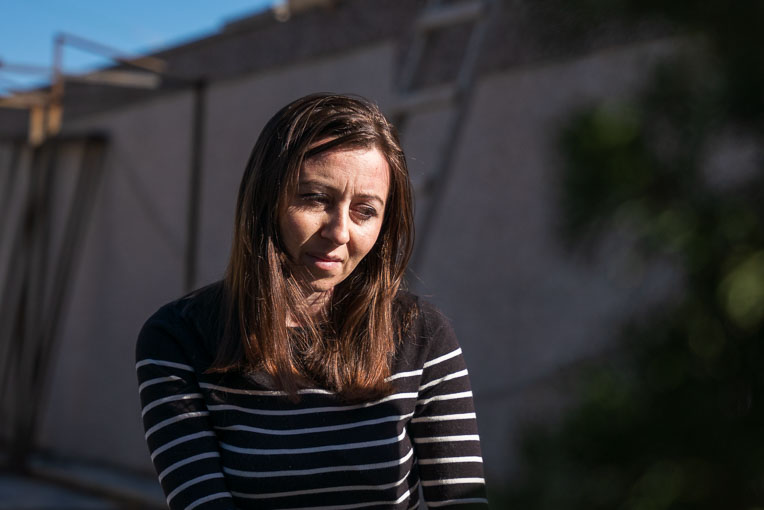 Still, his congregation kept their promise. They never turned anyone away—sharing food off their own tables and giving money from their own pockets. “We had to trust the Lord daily,” he said.

God answered Pastor Vazgen’s prayer through a partnership with Samaritan’s Purse and Mission Eurasia. Together, they are now feeding thousands of people—above and beyond anything Pastor Vazgen dreamed of. They are housing more than 50 people inside their church, delivering food in the community, and sharing God’s love in a tangible way.

Additionally, Samaritan’s Purse is working with a local church network to provide spiritual and psychological first aid. This is a critical component to our work because war leaves invisible wounds. Armine first experienced war when she was just 6—the same age that her son is now. She knows the trauma firsthand.

“To tell you the truth, I couldn’t forget the first war. I was just 6 years old when it started, and it was a very fearful experience to me.”

Now, she sees the church as a place of safety, is attending Bible studies, and learning more about Jesus alongside other families who fled the conflict.

Samaritan’s Purse continues to work in both Armenia and Azerbaijan—partnering with local churches to reach the needs of the most vulnerable families. To date, more than 6,800 people have been assisted in Armenia through our work. Please pray for peace and that each person will understand God’s perfect love for them.