“I would take her pain if possible,” Lyla told me.

Lyla and I talked while her daughter, 8-year-old Sumaya, slept beside her on a bed in our Diphtheria Treatment Centre. They came to the centre because Sumaya’s throat was so swollen she couldn’t eat or drink.

Sumaya had already been sick for three days before coming to our centre. Watching her daughter battle a potentially deadly infection and with no way to help ease her suffering, had proven nearly unbearable for this mother’s heart. 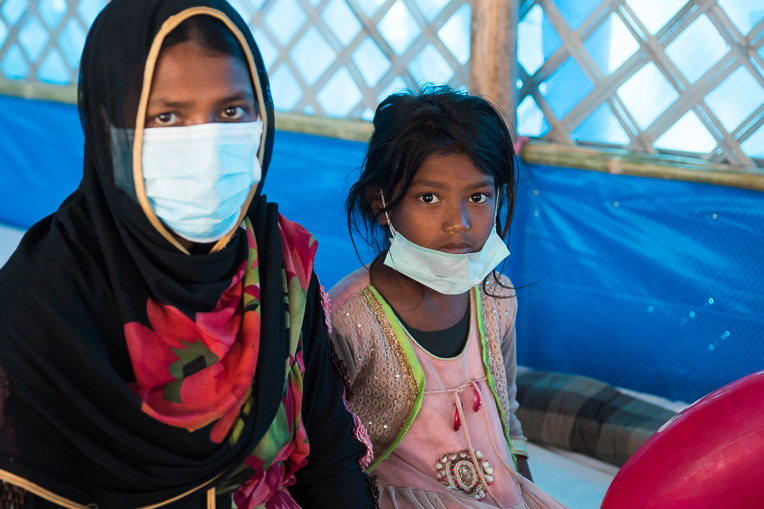 Lyla and Sumaya received conpassionate care at our treatment center.

Lyla didn’t leave her daughter’s side while she was in our care. Her love for her family is fierce. Although the future is uncertain living in a Rohingya refugee camp, Lyla still clings to hope for the sake of her children.

All the moms, dads, grandparents, aunts and uncles I met in the centre displayed such an astounding fortitude that it was startling. Their resilience and love outweighed the tremendous pain and sorrow they’ve endured as refugees.

They shared stories of fleeing their home in Myanmar and crossing the border into Bangladesh. They told me about leaving everything behind except the clothes they wore.

Shofika, a mother of eight, spoke about the separation her family endured as soon as they arrived in Kutupalong refugee camp, where our treatment centre is located. The family didn’t have a house, and until they could build one, her children had to be split up between neighbouring homes. 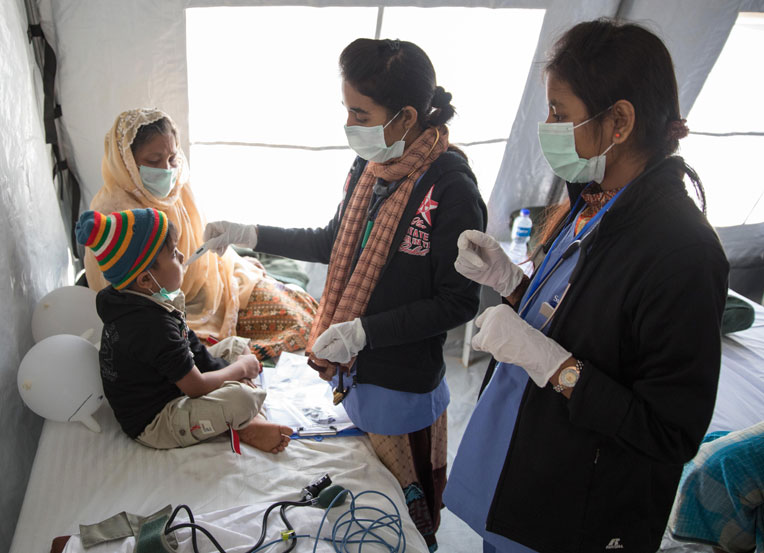 Shofika’s 16-year-old daughter, Roshida, had trouble breathing when she came to our centre. Our medical team administered diphtheria antitoxin by IV to help her recover—and they demonstrated the compassion of Christ, which did not go unnoticed.

“They gave the treatment with care and love,” Roshida said. The teenager said she was also grateful that our team showed kindness to her mum.

I also met Mahamuda, a 60-year-old grandmother who lives with her two grandchildren, daughter and son-in-law in Kutupalong. Her husband died a few months ago in the conflict.

Mahamuda brought her grandchildren to our Diphtheria Treatment Centre because they told her over and over that they were in pain. We treated them for the disease and they soon recovered. 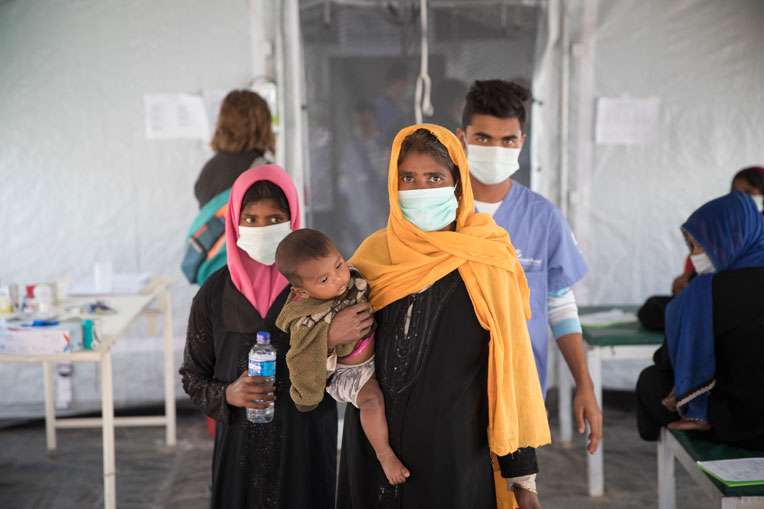 Shofika and her family prepare to return to their camp home.

Nonetheless, life remains terribly difficult for Mahamuda and her family. Their house is made of bamboo and plastic and offers little protection from cold or rain. They don’t have enough to eat in Kutupalong.

“There is fear in my heart,” Mahamuda said. “I am concerned about my family.”

I know Mahamuda is afraid. I know Shofika and Lyla worry about their children. Yet, they have much more than fear in their hearts.

These women love their families and are determined to press on despite heartaches and harrowing experiences that I cannot begin to comprehend. These mothers are strong and beautiful, yet tender, letting their tears flow.

Please pray for the Rohingya. Please pray that God would give them wisdom and grace. Pray they will come to know their Heavenly Father’s steadfast love for them.