Refugees need this monthly outreach in Maban County in order to survive.

Roda has lived in a refugee camp in South Sudan for eight years and food scarcity is still a burden for this mother of six. No one in Roda’s family is working and her husband left the family about four years ago. 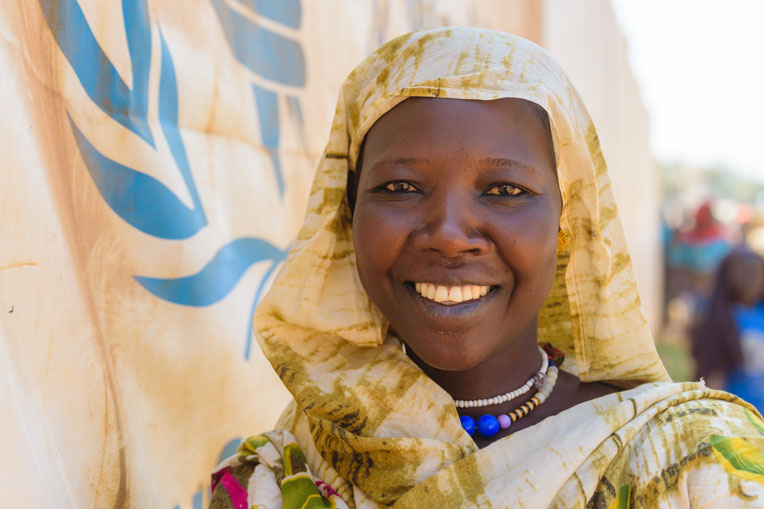 Roda is thankful for the food from Samaritan’s Purse and World Food Programme.

She is grateful for the food she receives each month through Samaritan’s Purse and the World Food Programmme.

“This is the only way to get food,” she said. “It finishes very fast because we are many.”

Our teams are working to distribute food staples such as sorghum, lentils, and cooking oil to about 170,000 people in two refugee camps in Maban County.

“These refugees are depending on this food. Most are not working,” said James Makuei, who has helped with the food distribution programme since it started in 2011. “When they get it, they are so excited and so appreciative.”

Food distribution beneficiaries like Roda have endured years of hardship due to ongoing war and violence in the country. Her family fled from their home in Sudan when the fighting intensified to the point that they feared for their lives.

“When we left, it was at night. The airplanes were bombing people and scared us so much,” Roda said. “People were just leaving with nothing. It was terrible.” 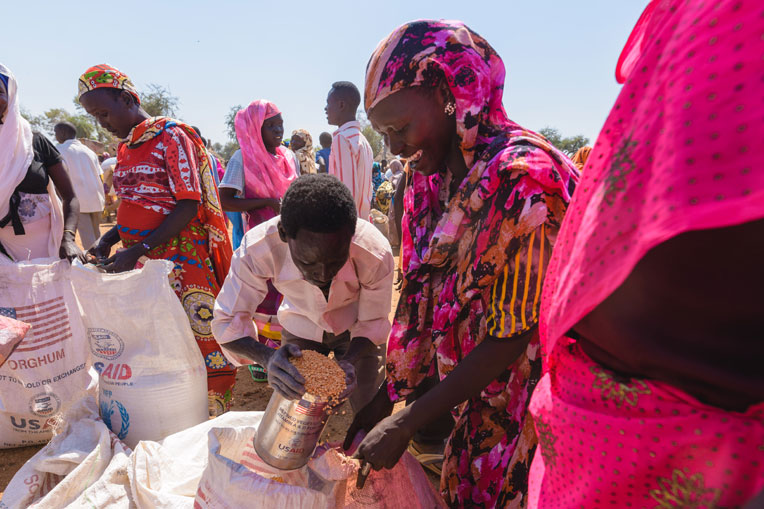 Faiza and her family and neighbours divide up the food rations.

Roda had four children at the time and they had nowhere to go. For about one year, the family made their home in the hills and struggled to meet their basic needs, especially when it came to food.

“You don’t have houses. There are caves, so you just go and stay inside,” Roda explained. “There was a lot of fear when we were in those hills.”

Another food beneficiary, Faiza, has also been in the refugee camp for eight years. Like Roda, Faiza has no other way to feed her five children.

“The recent flooding destroyed the cultivating lands. We have no other source of work,” she said. “We have daily wages occasionally, but it’s not enough to even buy food in the market.”

Faiza said her family fled during the war for a number of reasons, including lack of medical care and educational opportunities for her children. She escaped to Maban with her children, husband, and parents, but was separated from her siblings. Faiza hasn’t seen them since the day they left.

Their family would like to one day leave the refugee camp and return home, but for now, it’s only a distant dream.

“There’s no way we can go back home. There’s still war going on,” Faiza said. “If you continued to stay there, you wouldn’t have food. In that place, there was nothing.” 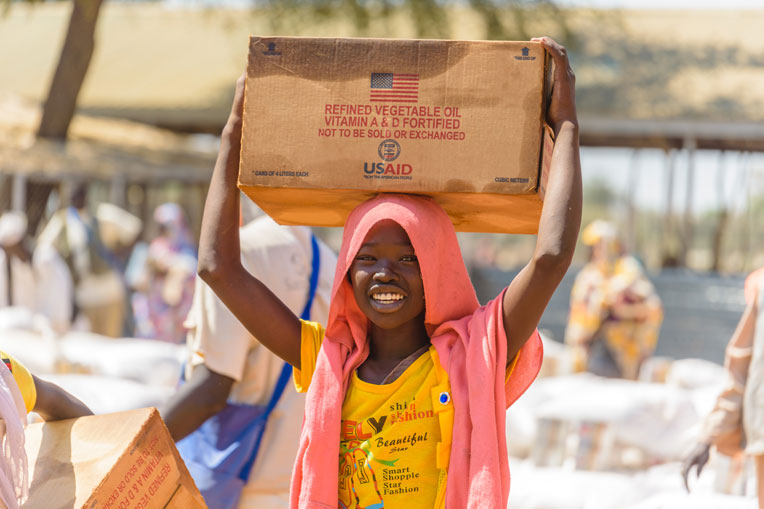 Please continue to pray for the people of South Sudan and the Samaritan’s Purse staff as they meet urgent physical needs and share the hope of the Gospel.