By learning how to raise bees, people in Liberia are rebuilding their lives and incomes after struggling through years of war and disease. God is also transforming hearts using this Samaritan’s Purse project.

When Isatu’s husband died from Ebola back in 2016, she was left alone to raise her children and manage a household. Her story is not uncommon in Liberia where the ravages of war and a deadly virus have left families without fathers or mothers—or both. 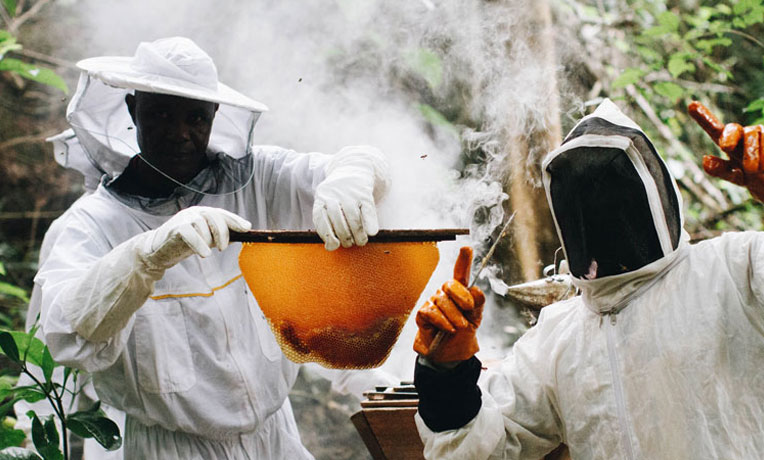 Often families also lack money to handle everyday expenses. This is why teams from the Samaritan’s Purse RECAL (Rebuilding Ebola-Affected Communities Through Agriculture and Livelihood) programme approached Isatu’s village with the idea of raising bees.
We trained Isatu in the basics of beekeeping and supplied her with five well-constructed apiaries. These boxes where the beehives flourish are made of high-quality wood that will withstand the harsh conditions of the Liberian bush. We also provided her with the tools necessary for beginning the hives and for harvesting the honey to sell.

Now three years later, proceeds from the honey in Isatu’s hives are covering her everyday expenses. The income allows her to pay for her kids’ schooling, buy them new clothes, and make repairs to her home. Now, her relatives and fellow villagers are also interested in beekeeping.

“They see my work and want to be a part of it and get their own bees,” Isatu said.

Through the RECAL programme, communities in Lofa and River Gee counties are being introduced to sustainable livelihood opportunities. The poorest and most vulnerable families are gaining agricultural training and tools to make a living.

Some local people were initially resistant to the idea of raising bees. A Samaritan’s Purse staff member relayed one village’s initial reaction: “When I first told the community we were going to do beekeeping, people said, ‘What? You want to kill our children? That’s crazy.’” 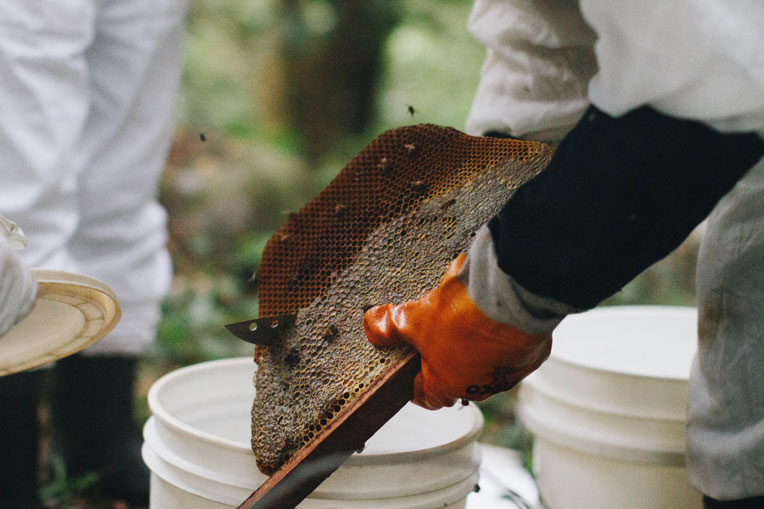 Proceeds from the honey collected from the beehives helps beekeepers support their families.

Before Samaritan’s Purse arrived to help with this project, locals harvested honey and then burned the bees as pests. But now, as resident Jusu can attest, beekeeping has changed his family’s life.

During military conflicts in Liberia, Jusu experienced an economic crisis as armed groups wreaked havoc on villages and communities. Tragically he also witnessed violence very close to home as soldiers shot his mother in front of him.

As Jusu tried to recover from the trauma of these events and the devastation Ebola left throughout his country—while also trying to survive and support his family—he found himself in dire circumstances emotionally, spiritually, and financially.

Praise God that, through the RECAL programme, Jusu has been able to move forward in many ways.

Last year he was able to harvest seven gallons of honey from his five hives, which he started with the materials and training provided by Samaritan’s Purse. He says it’s more money than he’s ever had. 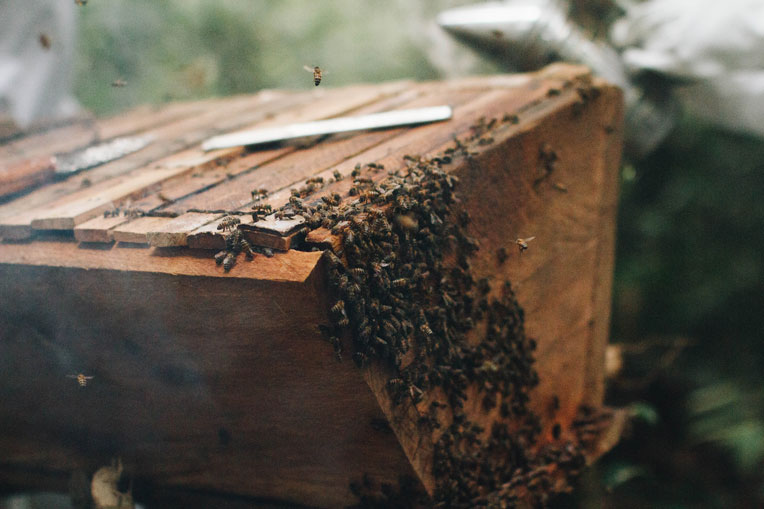 Our RECAL programme provides training and materials for building and maintaining lucrative beehives.

“I know how to get money now and put my kids through school,” Jusu said. “I can feed my family.” He also has enough money to buy wood and construct his own apiaries. “I can train people so that they can benefit too,” he said.

Jusu has begun to teach his village the things he has learned from the programme so that they can become beekeepers as well. As a part of the RECAL programme, Samaritan’s Purse staff trains the villagers how to, in turn, train others in order to engage their community in the work.

The project has significantly influenced Jusu’s spiritual life as well: “I’ve learned that God is there. He comforts us, and we can trust in God. And we need to worship Him.”

Please pray for the people of Liberia as they continue to recover from the tragedies of war and Ebola and for Samaritan’s Purse as we seek to serve them in Jesus’ Name.
—

Samaritan’s Purse is working in locations all over the world providing communities with training and resources to develop livelihoods. Check out our online Gift Catalogue where you can help provide for beekeepers in places like Iraq and Liberia. 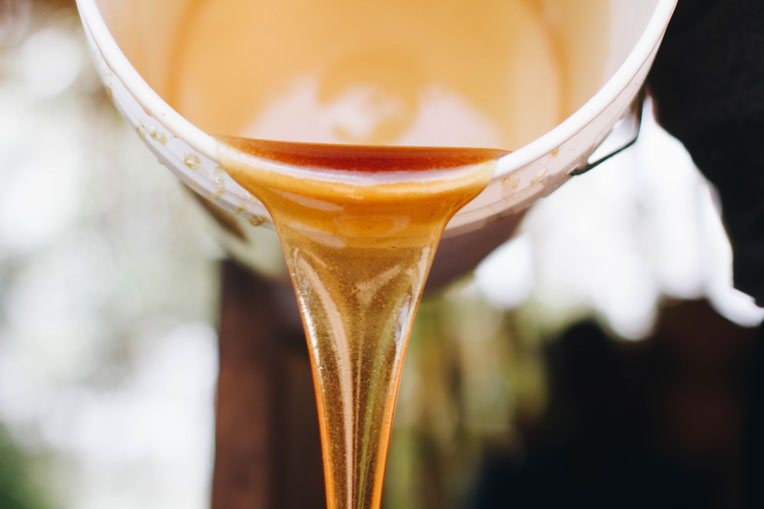 Through the RECAL programme, struggling Liberians also have an opportunity to hear about the love of God.