Samaritan’s Purse continues to help homeowners and others after Hurricane Dorian.

Samaritan’s Purse President Franklin Graham met on 17th January with local officials in the Bahamas as well as several families helped by relief efforts in the wake of Hurricane Dorian. 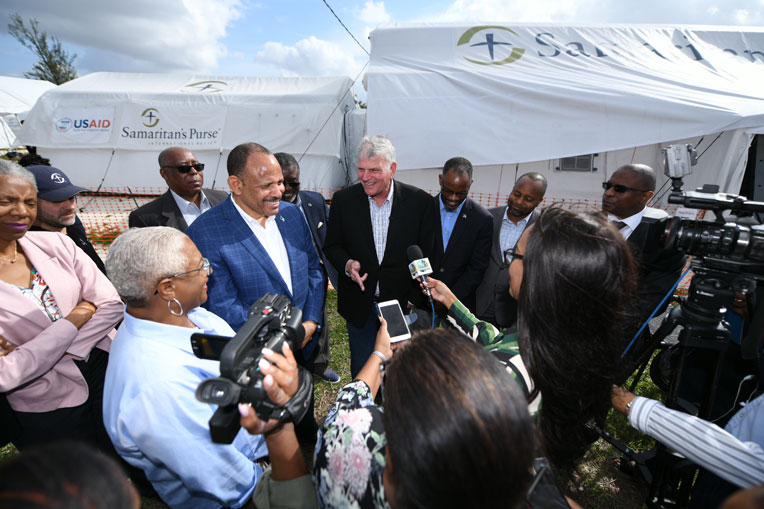 Franklin Graham meets with Bahamas Minister of Health Duane Sands in the Bahamas.

In our initial response to Hurricane Dorian, Samaritan’s Purse distributed over 360 metric tonnes of emergency relief supplies and provided more than 1 million litres of clean water on Grand Bahama and Abaco Islands. We continue to help hard-hit areas, such as Man-O-War Cay and Marsh Harbour, by clearing storm debris and tarping damaged roofs.

“God made us and created us, so I believe in helping people, each who are unique, regardless of who they are and regardless of the color of their skin,” Graham said. “That’s what God would want us to do, so we do it in Jesus’ Name. When someone is down in the ditch along life’s road, you have to help them.”

We are now in the process of launching several additional projects in the Bahamas to help families rebound from Hurricane Dorian. These new initiatives include church and home repairs, trauma healing support groups, and training local church leaders in disaster preparedness.

Graham also met with staff and volunteers from our North American Ministries team who have been clearing away massive amounts of storm debris in the Abacos, totalling more than 13,000 cubic yards. In February and March, volunteers* will go to Elbow Cay to install waterproof membranes on roofs and to repair homes damaged by Hurricane Dorian. 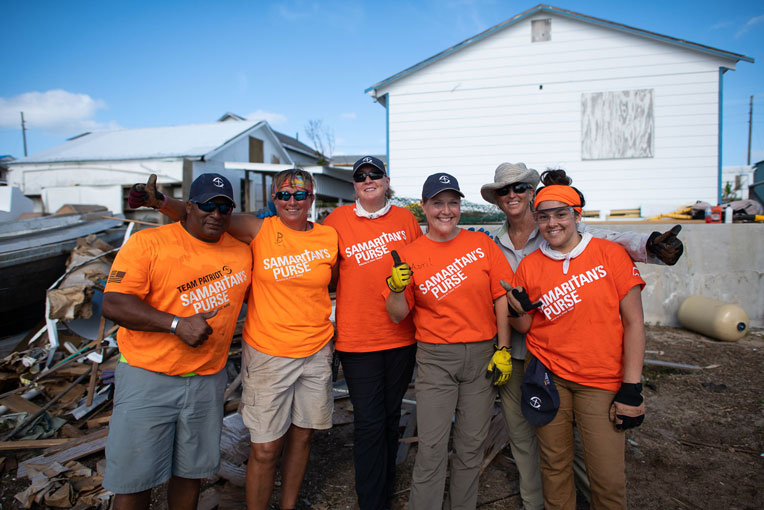 Our volunteers are helping homeowners on Man-O-War Cay.

In addition, Graham toured the Emergency Field Hospital we established in Freeport, Grand Bahama, at the request of the Bahamian government and the World Health Organisation. He visited with those in the intensive care unit and prayed for a patient in the operating room. Bahamas Minister of Health Duane Sands accompanied Graham on this occasion.

We airlifted the hospital via our DC-8 cargo plane and set up last September on the property of Rand Memorial Hospital after it sustained severe damage during the hurricane. Medical professionals on our Disaster Assistance Response Team (DART) oversaw the facility, treating 7,747 patients and conducting 130 surgeries before operations were handed over to Rand Hospital in November.

Please continue to pray for the people of the Bahamas as they recover from the devastation of Hurricane Dorian. 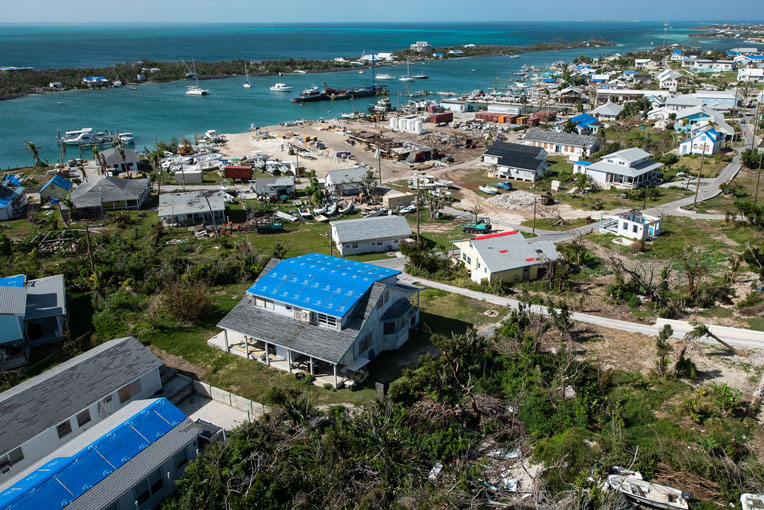 Samaritan’s Purse continues to bring relief to Man-O-War Cay and to other parts of the Bahamas impacted by Hurricane Dorian.