Samaritan’s Purse is caring for critically injured children and adults at our emergency field hospital on the Plains of Nineveh in Iraq. Our hospital treats patients in desperate need, including those hurt by gunfire, land mines, mortar rounds, car bombings, and improvised explosives. Though Mosul has now been freed from ISIS occupation, sleeper-cell attacks remain possible and many thousands are in need of medical care and other relief. To date, our revolving medical team comprised of nationals and over 400 expatriates has treated more than 2,600 patients, many of whom are women and children. Nearly 1,300 major surgeries have been performed since the hospital’s opening in early January and the staff is currently averaging seven of them per day.

Our Mosul response to date 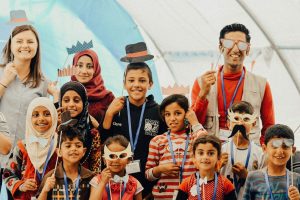 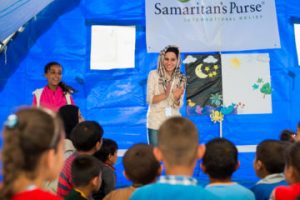 Children are taught values such as kindness, peace and patience

Caring for the injured

Samaritan’s Purse’s emergency field hospital has served for six months since it was established on Iraq’s Plains of Nineveh. Equipped with an emergency room, two operating rooms, more than 50 beds, and dozens of staff, our facility provides immediate medical care and surgical aid for patients who otherwise may lose their lives before they can reach the nearest established medical centre in Erbil; one to two hours away. Our hospital is the closest trauma centre to where the front-line fighting took place. The hospital is caring for adults and children injured by gunfire, land mines, mortar rounds, car bombings, and improvised explosives, and in addition is treating people in the evacuee camps who have serious medical emergencies. Our revolving medical team comprised of nationals and expatriates has treated more than 2,600 patients, many of whom are women and children. Over 1,300 major surgeries have been performed since the hospital’s opening in early January. 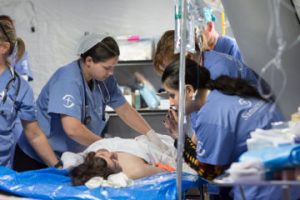 Many of the patients we treat are children, who have suffered life-changing injuries due to ISIS attacks.

More about our work in Iraq

Samaritan’s Purse continues to provide physical and spiritual relief to the people of northern Iraq in other ways as well. In partnership with the World Food Programme, we have distributed over 8,000 metric tons of food to around 15 thousand families in six evacuee camps. These monthly rations of salt, sugar, cooking oil, chickpeas, rice, flour, and beans provide much needed sustenance to those who have left nearly everything to flee for their lives. We have also distributed cook stoves to give the displaced a means to turn their staples into meals as well as jerry cans for their stove fuel. As the Mosul refugees endured freezing winter temperatures, we provided over 7,500 tarpaulins, and over 33,000 blankets. 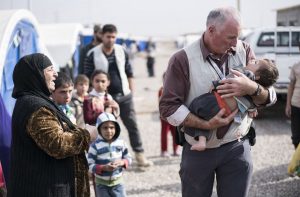 More than 13,000 children have been screened for malnutrition

In addition to food items, we have given out medicine, clothing and shoes to those displaced from Mosul and surrounding areas.

Some who were displaced in 2014 when ISIS first invaded the region are now returning to villages now free of ISIS control. We are helping these families in various ways as well. 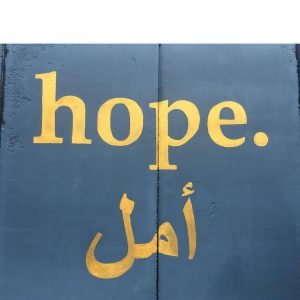 An internal wall of our emergency field hospital

The Weight of War