YOU HAVE (0) ITEM(S) IN YOUR CART. CHECKOUT NOW
Operation Christmas Child
Dania And Her Radio 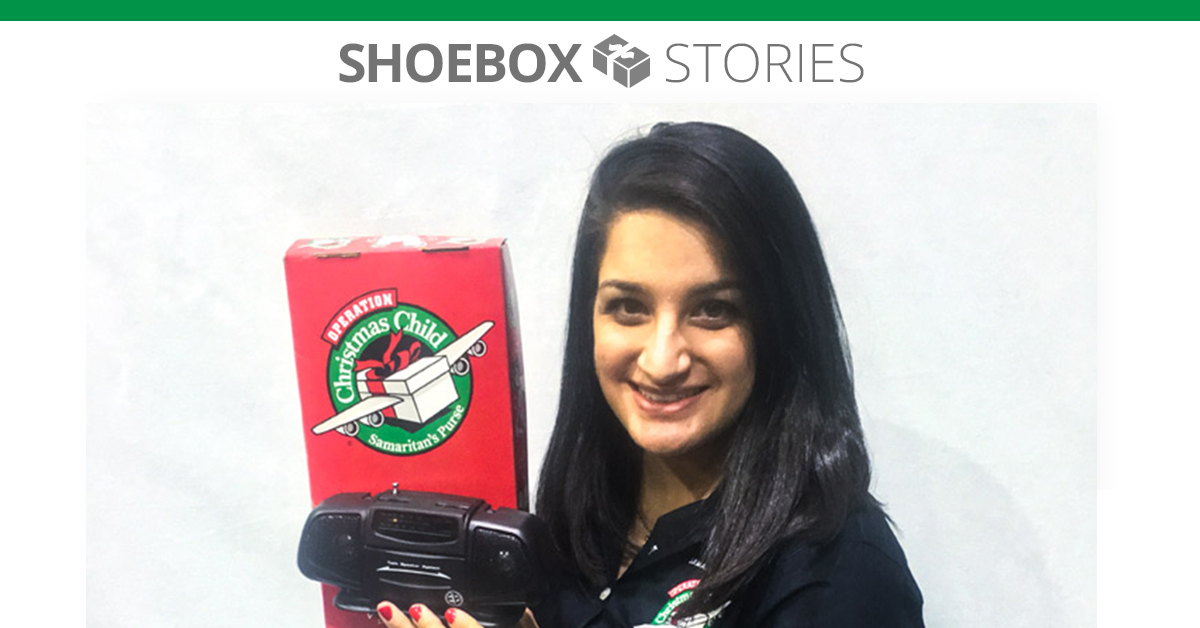 Even though we were poor, prayer made us feel rich.

I was born in the Middle East in a country where 97 percent of the population—including my parents—didn’t believe Jesus Christ is Saviour and Lord. My parents moved our family to another country in the region to pursue a better future. There they met a pastor who shared with them the hope of the Gospel, and they gave their lives to Jesus.

But instead of finding a better life, things were very difficult. The room we lived in was empty except for a few pieces of cloth we had to eat and sleep on. My dad worked two jobs, but it was still hard for him to provide for our family. Many nights I went to bed without food, or if there was some, it was raw onions and bread.

My wish as a 5-year-old was to have something of my own that was not passed down to me from other people. I told my mum, “I just want something new to help me feel that I am valued.” Being a wise and Godly lady, she said to me, “Dania, I know it’s hard for you to understand. Your dad and I can’t give you new things, but I know Someone who can.” 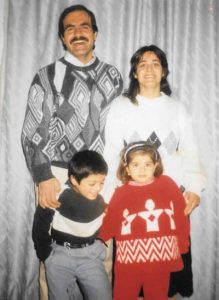 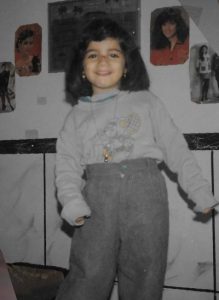 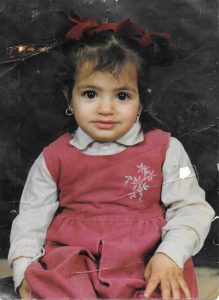 She taught me Psalm 23 and I prayed, “Lord, I want my own new things—things that will put a smile on my face that are not passed down to me from other people.”

At that time, my family wanted to be able to keep up with the news from our home country, but we couldn’t afford a radio or a television. So, we prayed together and waited.

After a little while, we went to church and found out they were giving away shoeboxes. I didn’t know what that meant as I’d never received a gift of any kind before. When I eventually received my box, nothing mattered more to me. It put a joy in my heart that I’d never had before.

Before I could open it, I had to walk about an hour home because we couldn’t afford a taxi.

When I finally opened my shoebox gift, I was speechless. Everything in there was brand new! I found pencils, an activity book, a calculator, a teddy bear, and soap that smelled so good. It hit me that this was the answer to my prayer. These items were my own from people we didn’t even know.

Inside the shoebox was another surprise—a tiny radio! Out of a million shoeboxes, this one came to my family the year we prayed for a radio. We all knew this could not happen apart from God.

When I went to bed that night, I counted all the items in my shoebox and thought, God is good.

After living in that country for seven years, we went back to our own country to preach the Gospel. It was hard for us, though, because the Good News was often not accepted. As I watched my parents be harshly persecuted because of their faith, I was convicted that I needed to accept Christ for myself personally. Alone in my bedroom one evening, I prayed through tears, “I am a sinner. My life is all yours, Jesus. Use it as you will.” 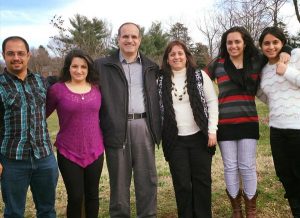 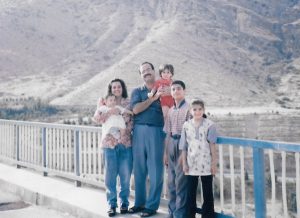 As a believer, I was bullied by the teachers and students at my school. Despite this treatment, my dad continued to have Christian meetings in our home because we could not have a church.

One morning we went to my dad’s shop where he fixed and sold watches and found oil poured over the front door. He found a note that said, “If you don’t stop preaching the Gospel, we’ll burn this door and kill you and your family.” We still talked about Christ, though, and people were saved.

After nine years in that village, it became so dangerous for us that we had to get out of the country. As we departed, I had to leave everything behind—including my shoebox items. This was really hard for me.

After we moved to a third country in the Middle East, we applied to be refugees. Again, we prayed and waited. In 2010, more than a year after our application, God opened the door for us to come to the United States.

After being here two months, a woman from our church asked if I wanted to process shoebox gifts. Up until that point, I had no idea where shoebox gifts came from. When I arrived at the processing center, I was amazed to find so many people working like elves. But when I looked up and saw a banner with the Operation Christmas Child logo on it, I froze and realized these boxes were like my shoebox. I never imagined that I’d pack and process shoebox gifts like the one I received.

In May 2017, I graduated from Salem College in Winston-Salem, North Carolina, with a degree in education. Looking back, my shoebox was the colourful thing in my black-and-white childhood. It was proof to me that what my parents taught us about prayer was true: it is a strong weapon. Even though we were poor, prayer made us feel rich. I thank God for what He has done for me.