Bringing the Australian Acacia to Niger

IN PLACES OF DROUGHT, NEW TECHNIQUES CAN MEAN THE DIFFERENCE BETWEEN STARVATION AND BOUNTY

Amanda Patterson is a communications intern with Samaritan’s Purse Niger.

The air is dry and hot, about 100 degrees on a sun-drenched afternoon in central Niger. The Samaritan’s Purse team has traveled for many hours to this region, whose upper corners touch the southerly shifting Saharan sands. At first glance, the ground looks parched. Thirsty and tired, it looks as if this ancient terrain has no more life to give beneath its blistered surface.

But as we pull up to a village where the agricultural and livestock team has been working for the past three years, we see heads of millet and sorghum pushing through the fragile earth and blooming into fruit. Food is growing here. 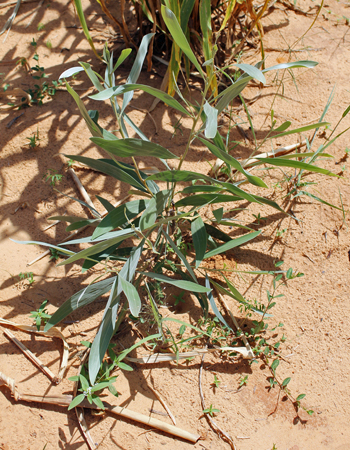 In the Sahel, the west-to-east band spanning Africa that connects the Sahara desert to the central savanna, farmers have worked the land since the migration of the Abrahamic tribes. But their agricultural techniques have changed little during the past several centuries. Although they are able to harvest some, it is not enough.

Conflict arises in the form of climatic changes and desertification. Over-farming, tilling, and soil erosion have all taken a toll on the land, and already four-fifths of Niger has been invaded by the Sahara’s vast and ever expanding presence. Without innovative techniques and practical farming changes, the last fifth risks being lost as well.

Fortunately for the farmers, solutions do exist, and a bountiful harvest can be achieved with a little ingenuity and education. I’m traveling with Aaron Thacher, who is the Samaritan’s Purse program manager for Food Security and Livestock in Niger.

“We can’t farm traditionally anymore with climate change,” he said. “Every year it’s getting drier and drier, and the land can’t do what it used to.”

In southern Niger, the breadbasket for the rest of the country, the climate is semi-arid. It’s drought prone and has been for a good part of its history. In recent years, famines have cropped up, yet historically, this is not new. Niger’s rainy season lasts for four months, and even at that, the rainfall can be erratic.

According to most experts, drought is not the issue at hand because semi-arid climates have always lacked rain. It’s the traditional farming practices, and even more, a lack of biodiversity, that contribute to famine more than anything else. Farmers traditionally have relied on one or two annual staple crops, such as sorghum and millet, which deplete the ground of its nutrients.

As climatic changes dry out the region beyond its natural drought-prone tendencies, agricultural scientists have introduced new options to curb famine. One of these is the Australian Acacia tree, a pioneering species that has a high drought tolerance and isn’t susceptible to most African crop pests and diseases.

“The Australian Acacia tree was introduced into Niger over 20 years ago from Australia,” Thacher said. “The Aborigines originally harvested it, and its seeds can be used for food. The leaves bring fertility back to the soil, and the trees can be pruned for wood to be sold as firewood. We are trying to increase agricultural production by promoting agro-forestry. It is a fast growing tree and can be harvested from in as little as two and a half years. It’s versatile, requiring very little water and producing 6,000 grams [a little over 13 pounds] of seed each year.” 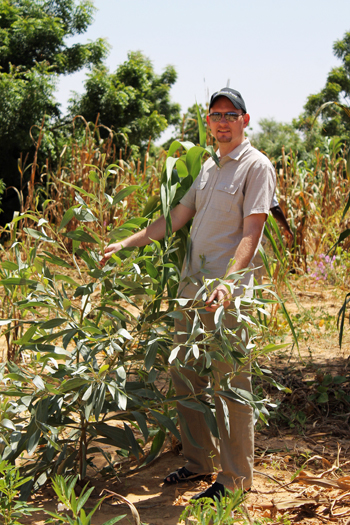 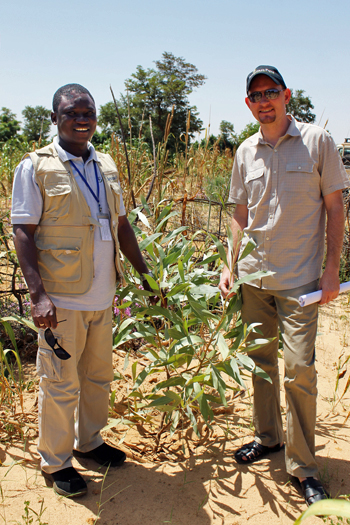 Agro-forestry is the practice of growing trees among agricultural fields. The benefit, besides a more stable food source, is that trees, unlike annual crops, are perennial. As their roots develop, they bring up valuable nutrients to the topsoil, which in turn feeds the crops. The fallen leaves provide a valuable organic soil cover. The trees also act as a natural windbreak during dust storms and provide a home to natural pest predators.

In the case of the Australian Acacia, the seeds can be used to complement traditional dishes, and they’re nutritious. They can be dried and stored for several years and can then be consumed when famine strikes. Also, the seeds’ seasonal growth occurs after most crops have already been harvested, providing a constant yearly supply of food, the definition of food security.

Samaritan’s Purse Niger has also implemented other valuable agro-forestry trees that complement the Australian Acacia, such as the Baobab and Moringa.

“My hope is that at least the model farmers will continue with the learned farming practices and that in years to come, more farmers will have learned from them,” Thacher said. “If they do everything properly, they will be food secure after SP leaves.”

Although climate change casts an ominous shadow, this project is shedding some light and hope on its seemingly menacing presence. By creatively adapting to change and using agro-forestry techniques and other species like the Australian Acacia, food security can indeed be possible for Niger to achieve.

“We want to see individuals and communities not only transform their farms through improved natural resource management but to also experience a spiritual transformation according to God’s purposes,” Thacher said.

It’s a purpose that drives Samaritan’s Purse staff members and evangelists to minister to both peoples’ spiritual and physical development.