YOU HAVE (0) ITEM(S) IN YOUR CART. CHECKOUT NOW
Operation Christmas Child
A Father to the Fatherless 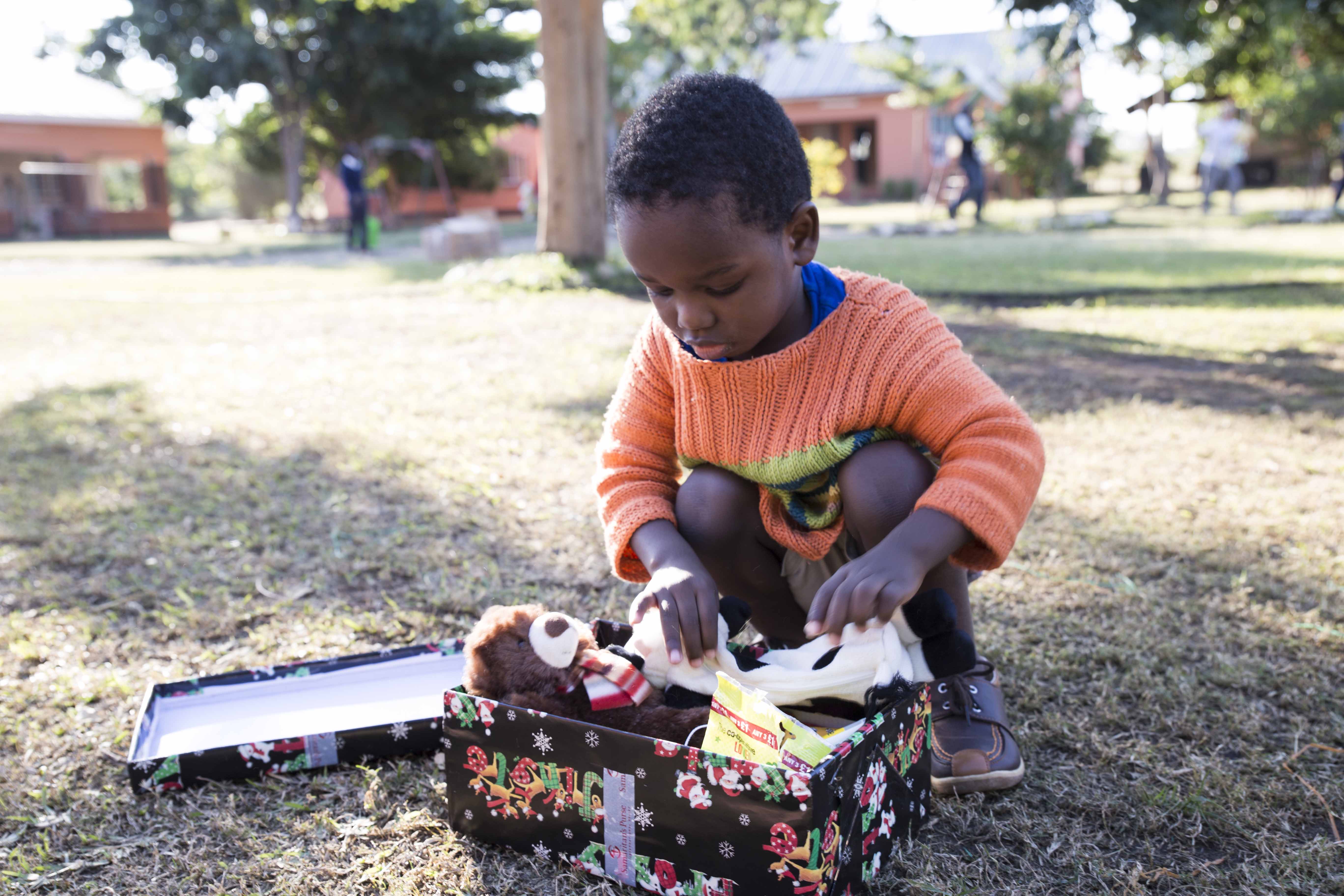 Amos is one of 600,000 children in Zambia living without a parent to care for him. With 68% of Zambians living below the recognised national poverty line, poverty is widespread and life is often tough.

This year Amos received one of the 59,544 shoebox gifts sent to Zambia from the UK.

At first, Amos was a little unsure what to make of his shoebox as he was not used to seeing such items, but before long he was enjoying exploring his new gifts. One by one, he took out the teddy, sweets, gloves, toy car, pencil case, pens, paper, toothbrush and toothpaste and carefully inspected them. He smiled as he packed them back in his shoebox and began to explore it all over again. 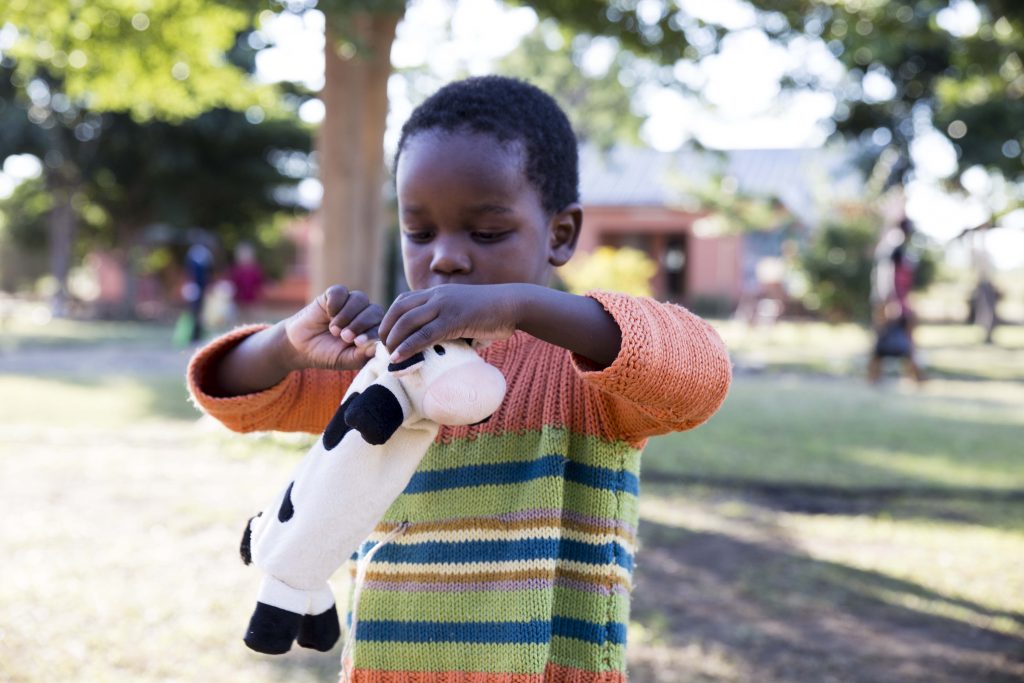 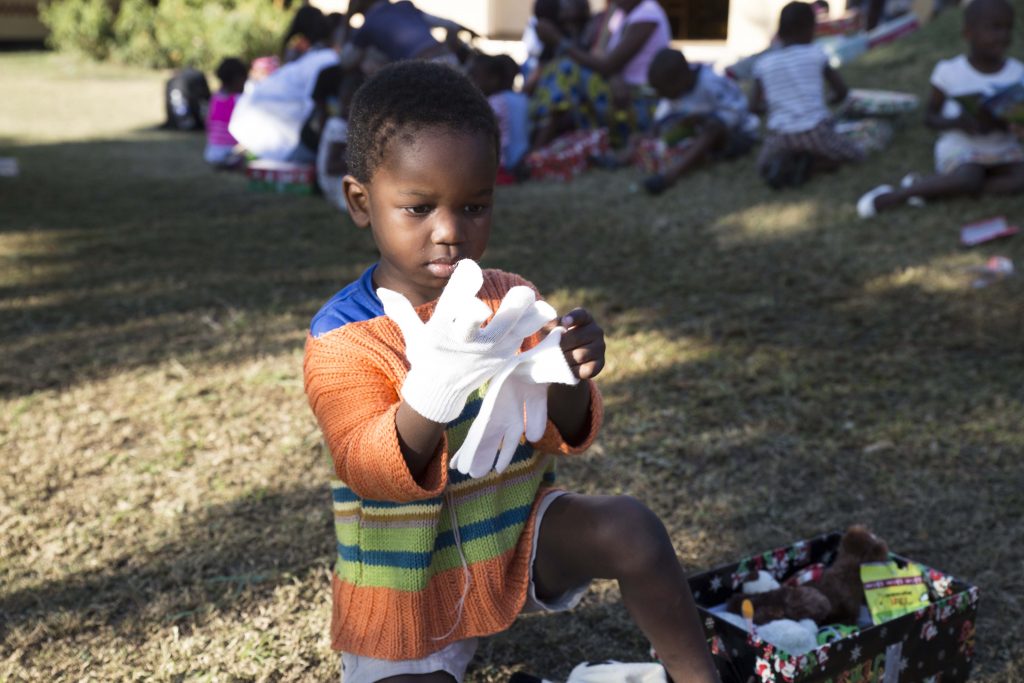 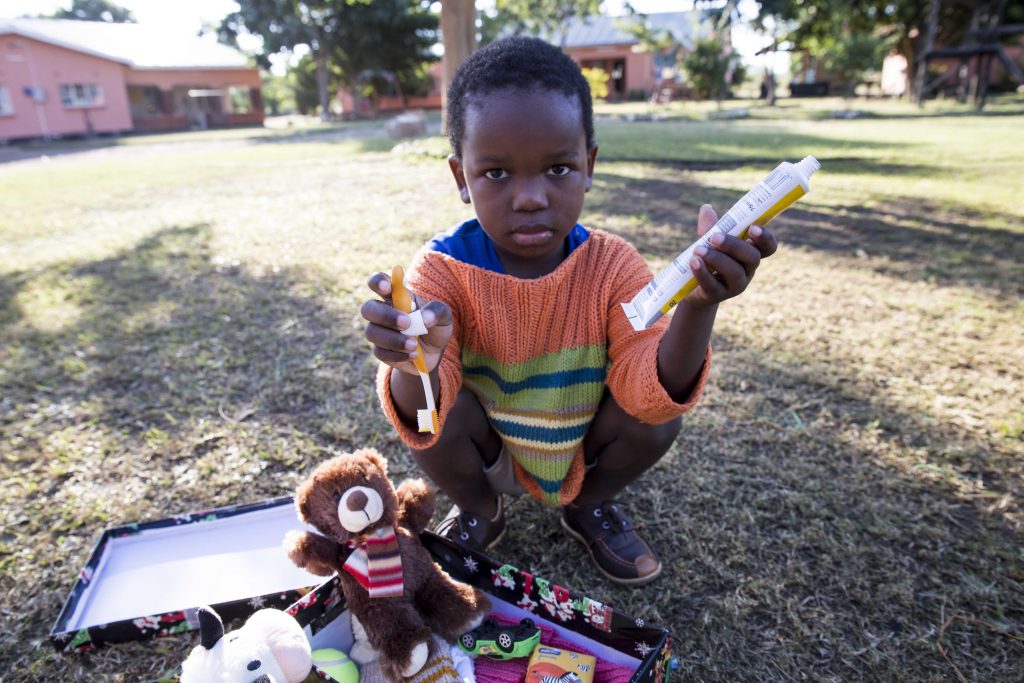 Sat at the bottom of a hill in the orphanage grounds, as the children played joyfully in the afternoon sun, Amos could be seen trying on his new gloves and experimenting with his toothbrush and toothpaste. After a while, he rummaged in his shoebox, pulled out his new pencils and pad and began creating his first masterpiece. 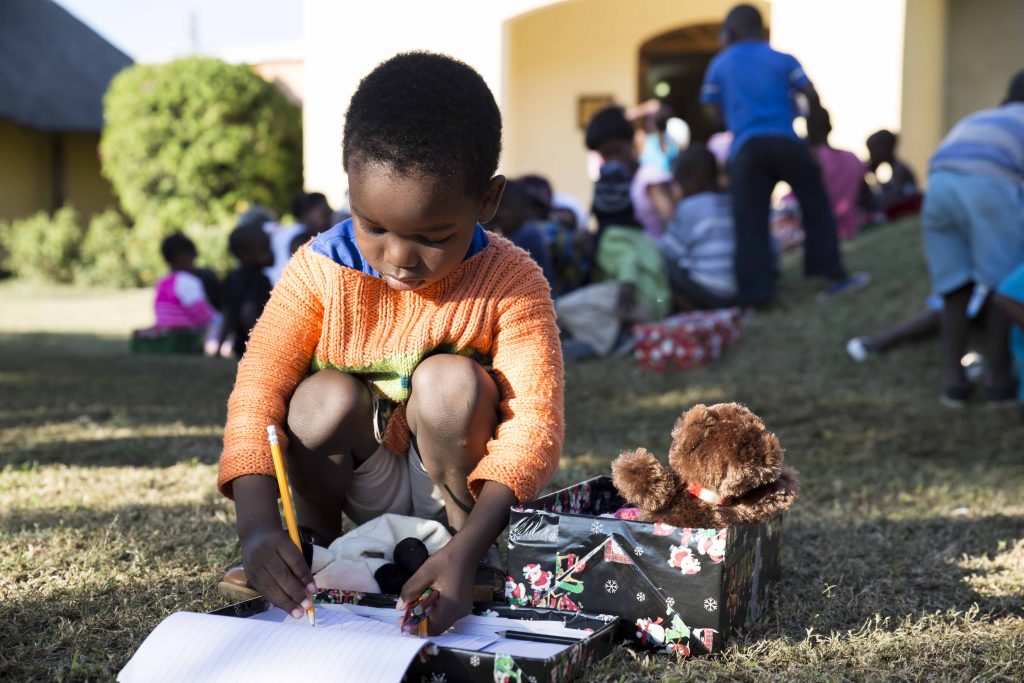 But Amos had another reason to celebrate… as well as receiving his shoebox gift, Amos heard that he has a Father in heaven who loves him and created him. 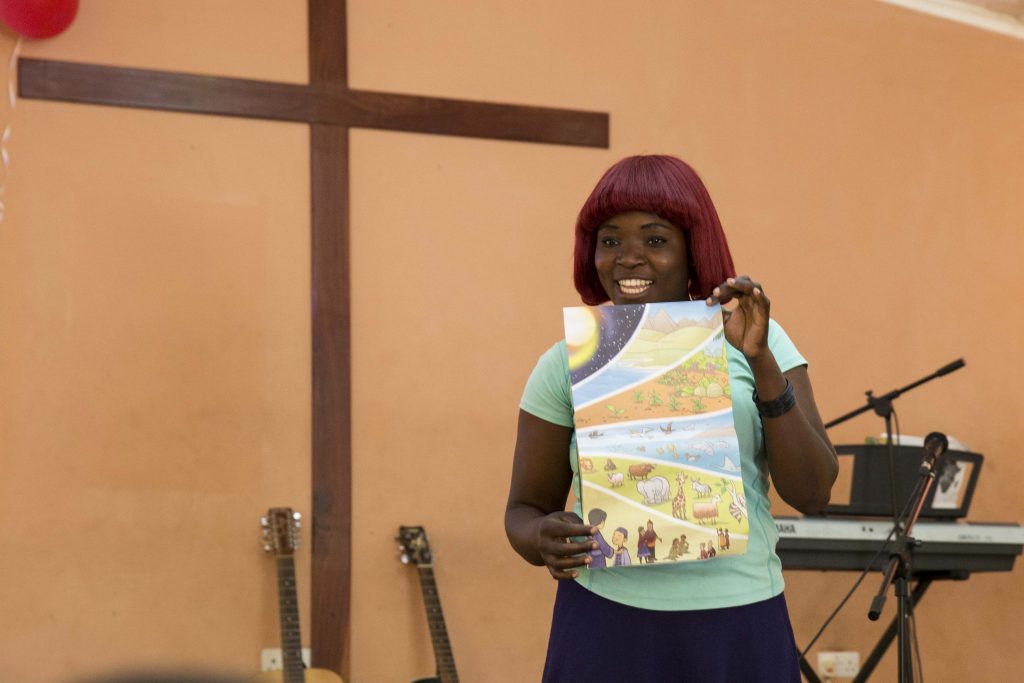 Inside the orphanage chapel, the local Operation Christmas Child volunteer team were invited to share the story of Jesus in a child friendly way. The children were keen to join in and sang and danced joyfully as they celebrated God’s love together.